File Photo Dave Ferguson, of DaVinci’s in Williamstown, prepares to grill meat for a dish at last year’s Taste of Parkersburg in Bicentennial Park. This year’s Taste will be June 1 in downtown Parkersburg. 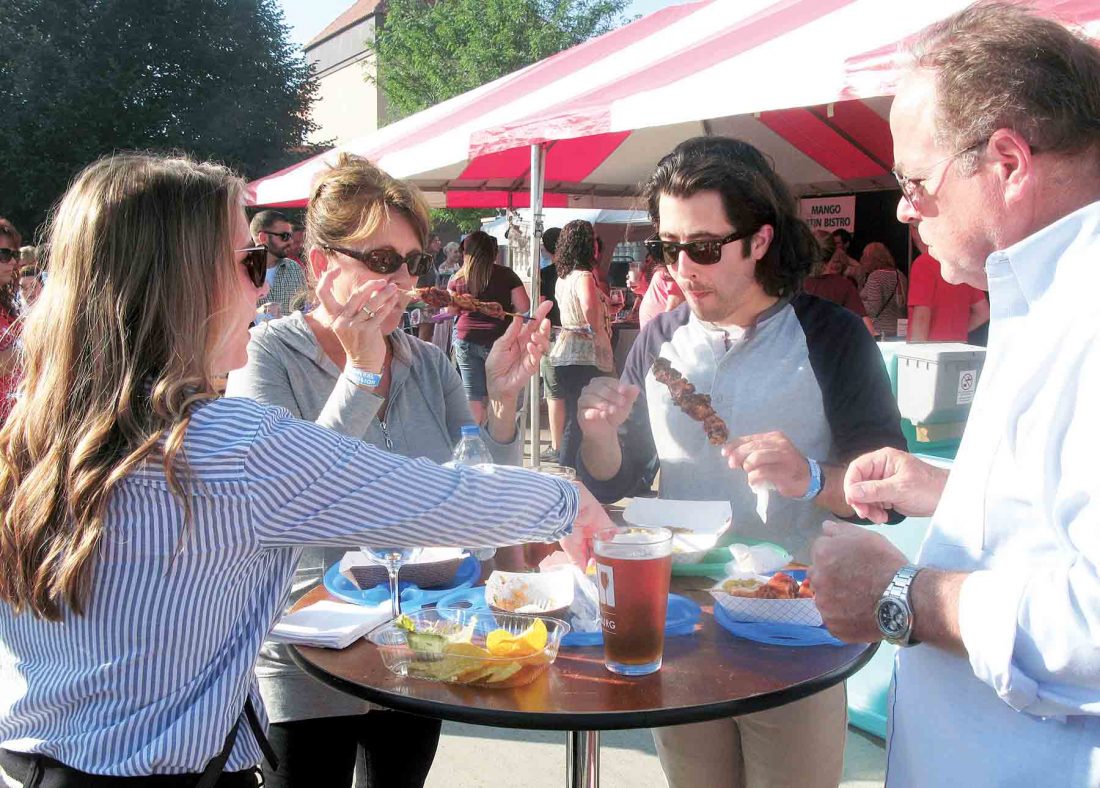 PARKERSBURG — The 14th annual Taste of Parkersburg will be June 1, bringing top quality food and wines to downtown Parkersburg.

The event will be 5-11 p.m. at Bicentennial Park at Third and Market streets, said Wendy Shriver, executive director of Downtown PKB which organizes the event.

Admission is $15 in advance and $20 at the door and includes a complimentary Taste logo wine or beer glass for sampling. Once admitted to the event, visitors will purchase $1 tickets that can be used with food or wine vendors at the Taste for specific foods and beverages, ranging from $1 to $5 in value.

Tickets are available online at www.downtownpkb.com and can be purchased until May 31 at the following locations: United Bank on Market Street, Wesbanco on Market Street, First Neighborhood Bank on Emerson Avenue, Parkersburg Brewing Company and The Coffee Bar and at the Blennerhassett Hotel. Reserved tables for eight are still on sale while they last and cost $360. 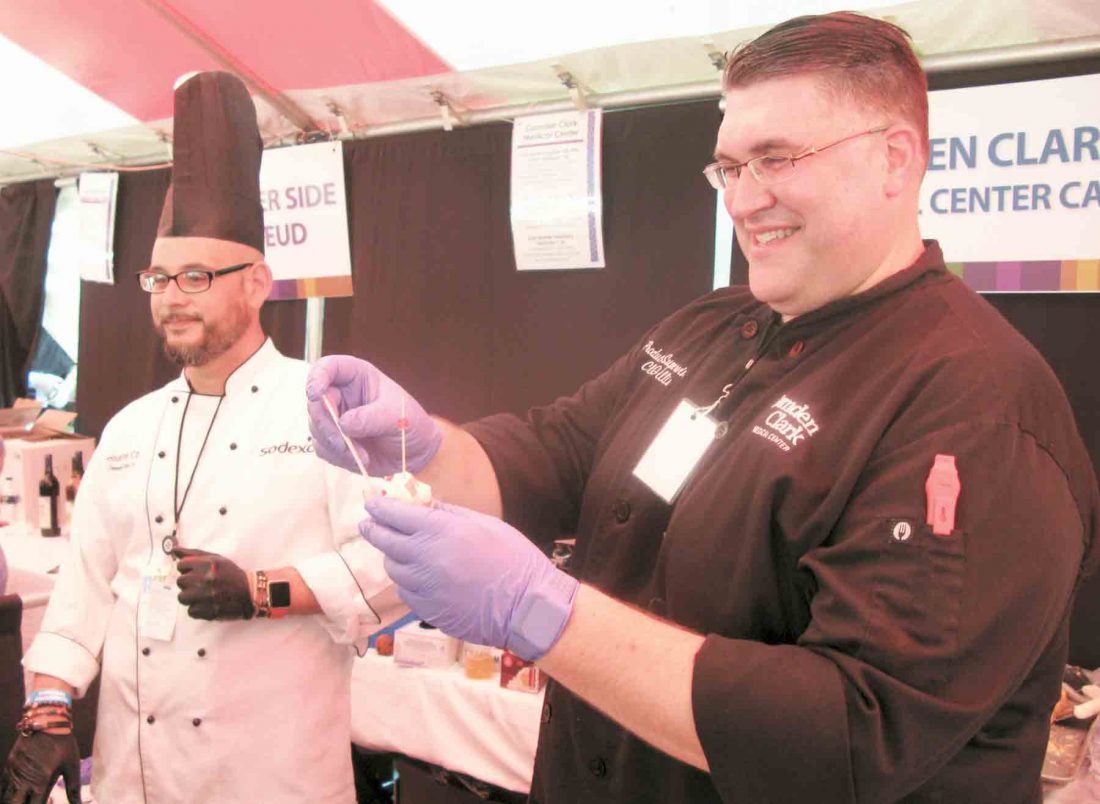 “We will have beers from Capitol Distributors, Mountain State Beverage and Spriggs Distributors as well with over 25 different beers,” she said.

Additional vendors may be added before the Taste is held, Shriver added.

Track 9 is a musically eclectic collection of performers from equally diverse backgrounds. From degreed musicians, to road-tested performers, to the simply artistically talented, the energy and drive of “the TRACK” tumbles from the bandstand as the male-female duo at the front, draws in each listener. 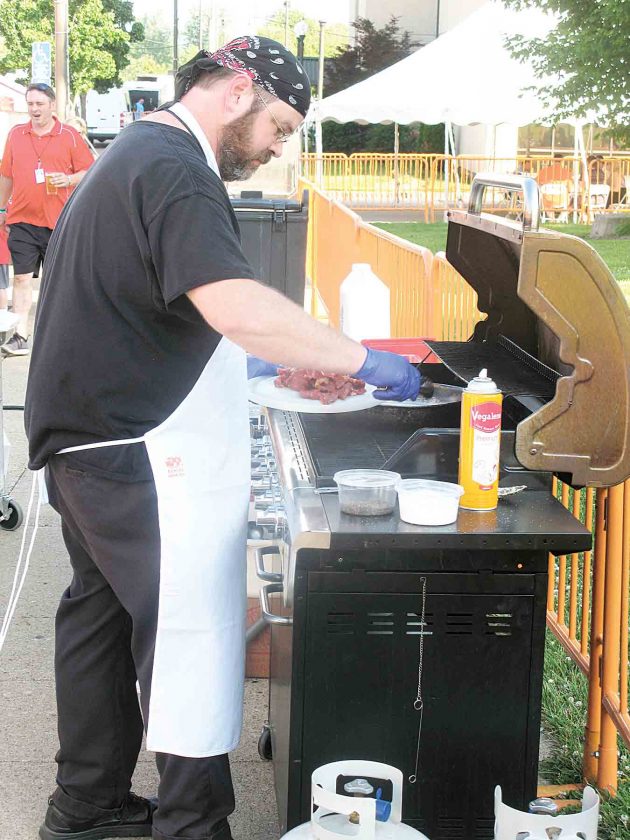 File Photo Dave Ferguson, of DaVinci’s in Williamstown, prepares to grill meat for a dish at last year’s Taste of Parkersburg in Bicentennial Park. This year’s Taste will be June 1 in downtown Parkersburg.

Doris A. Fields, also known as Lady D. is a West Virginia native born in Kayford, W.Va. She is a graduate of East Bank High School and West Virginia State University with a Bachelor’s degree in Communications. She is also a graduate of Phillip’s College in Gulfport, Miss., with an Associate Degree in Travel and Tourism.

She is known as West Virginia’s First Lady of Soul. She is also an actress, songwriter, director and promoter. She has toured her one-woman show, “The Lady and the Empress” since 2003. It is a musical stage play based on the life and music of blues legend, Bessie Smith. Her acting experience also includes a five year stint with Theater W.Va’s productions of Honey In the Rock, Hatfields and McCoys and various other shows.

The Dennis McClung Blues Band is the only two-time winner of the BJFM River City Blues Competition held annually in Marietta. Over the years, the Dennis McClung Blues Band has opened for Sonny Landreth, Hubert Sumlin, Kim Wilson, John Mayall, Michael Burks, Guitar Shorty, Kenny Wayne Shepherd and Shemekia Copeland to name a few. The band has been playing together since the mid 1990’s.

Volunteers can still sign up to help set up or work the event now through May 17 by registering through Downtown PKB’s website. Volunteers receive a free t-shirt, ticket to attend the event and an invitation to attend the TOP Volunteer Appreciation Party.

The cost is $77 per person for the wine dinner, which will feature Jackson Family Wines this year and will be hosted by Holly Yeager with Mountain State Beverage in Charleston.