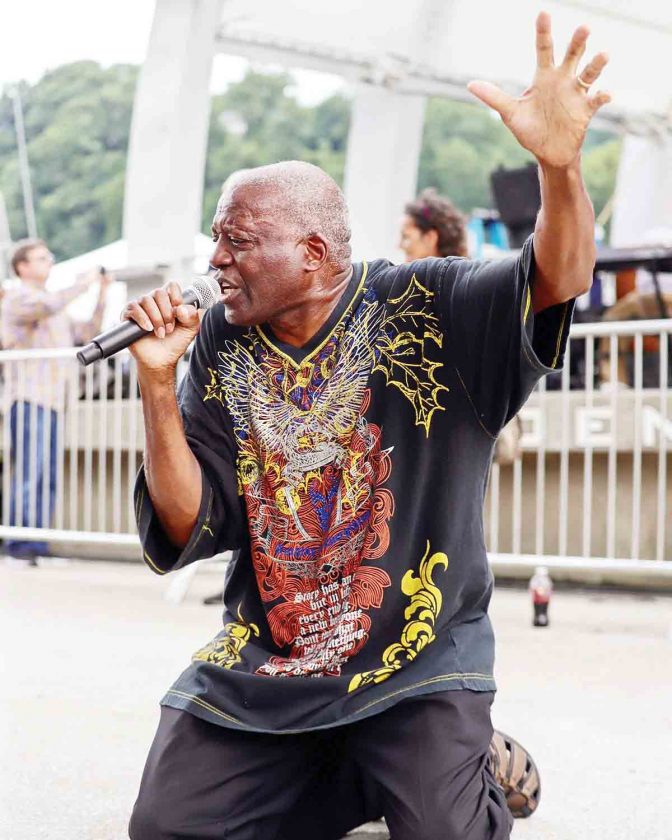 PARKERSBURG — Musician John Ellison, a 2015 West Virginia Music Hall of Fame inductee, will be performing at 7 p.m. May 24 at Ohio Valley Rowing Club in Parkersburg.

Ellison wrote the song “Some Kind of Wonderful.” He has received five Lifetime Achievement awards for writing one of the most played songs in the world, the West Virginia hall of fame said.

The Parkersburg show will be outside along the Ohio River, near the Memorial Bridge, if the weather cooperates. If it rains, the show will be moved indoors to the boathouse.

Some of the proceeds from ticket sales will go to the West Virginia Children’s Home Society. The rowing club is situated at 2201 Keever St., off Garfield Avenue at 19th Street. For tickets contact Steve Tuck at 304-541-7463 or email at stuck@childhswv.org.

Ellison, who lives in Toronto and Florida, will be returning home to West Virginia for a week of shows and events this month, including the Parkersburg show. He will receive a citation of recognition from the West Virginia Legislature.

Ellison will be headlining the West Virginia Music Hall of Fame’s Garden Party at Cafe Cimino, 616 Main St., Sutton, W.Va., from 3-9 p.m. May 26. The eighth annual event features food, drinks and music in a riverside setting. Call 304-342-4412 or email wvmhof@gmail.com for tickets.

Ellison will perform throughout the day on May 26 and close the show. Other performers include 2020 WVMHoF inductee Larry Groce, Hello June, Jesse Milnes & Emily Miller (of The Sweetback Sisters), and Mark Bates. Ellison’s backing band will be The Carpenter Ants and Randy Gilkey.

Ellison also will be performing at Piedmont Elementary School and Jerry’s Run Summer Theater, and will be one of the guest speakers at the WVMHoF’s Music Career Counseling Program’s visit to Buffalo High School this month.

Ellison was born in 1941 in Montgomery, Fayette County. In 1959, Ellison quit his job at the Carter Hotel in Welch, McDowell County, and bought a one-way ticket to Rochester, N.Y., to pursue his dream of becoming a singer and recording artist, according to the West Virginia hall of fame.

He formed The Soul Brothers Six as the group’s lead singer and songwriter. The group’s first recording, “Some Kind of Wonderful,” was released in 1967 on Atlantic Records. After the group disbanded in 1969, Ellison played for a short time with former heavyweight boxing champion Joe Frazier as his guitarist before forming another group of his own.

In 1974, Grand Funk released a version of “Some Kind of Wonderful” that reached the No. 3 spot in the nation. To date, the song has been recorded by more than 62 artists and sold more than 42 million copies, the hall of fame said.

He continues to record and tour nationally and internationally. His childhood home in Welch is being restored as a landmark.