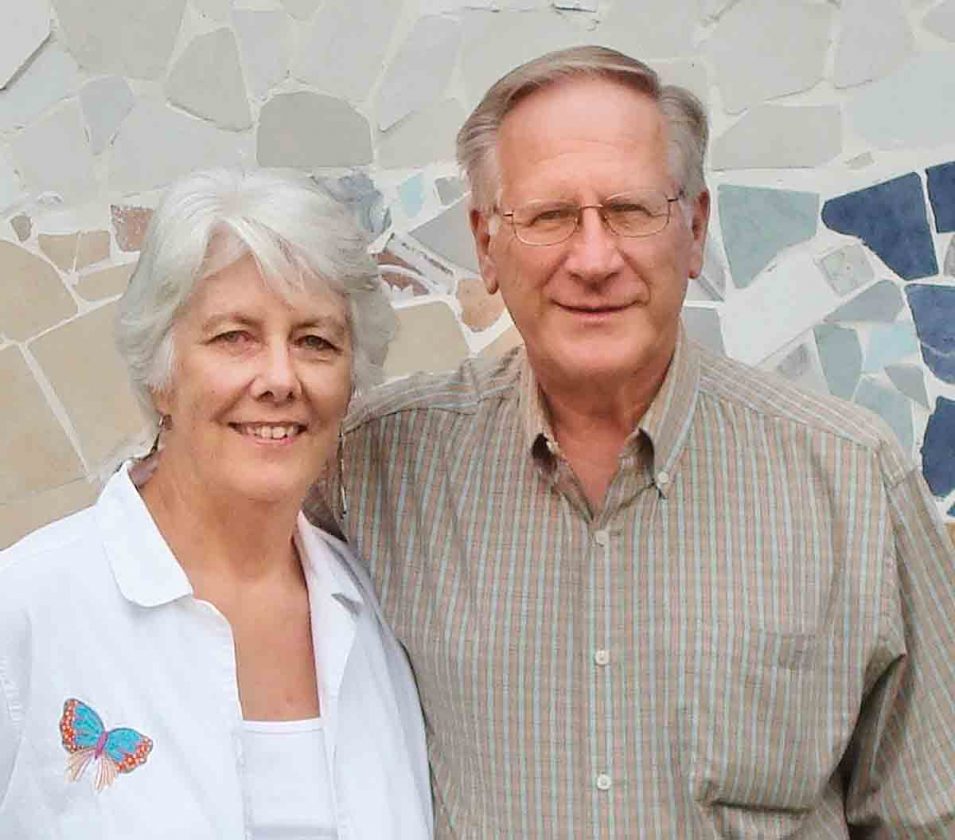 PARKERSBURG — Almost 50 years ago a newly married young couple in Canada got a telephone call from a church in Parkersburg to come to speak about their call to become missionaries in Costa Rica.

Surprised, and knowing no one in West Virginia, Pat and Jim McInness, arrived here. That visit began a partnership with the Christ United Methodist Church congregation in Parkersburg and the McInnesses.

Fifteen years ago several other Parkersburg United Methodist churches joined the effort to pray and add financial support to missionaries who would fulfill the mission.

In 1972, the McInnesses began their work in San Jose, Costa Rica. Jim McInness worked in a Christian radio station, helping the Costa Ricans with his knowledge of electronics. Pat was a nurse.

Over the years they have been part of a variety of ministries: youth mentorship, university and couples’ discipleship and numerous Bible Studies. In one of the Bible Studies for teen boys, the man who later became president of Costa Rica became a Christian.

Four years ago, after he had been president for a year he told Pat and a visitor from Parkersburg that he believed he could not do the work of being president without the prayers of many, but particularly the “boys” from the Bible Study who were meeting with him once a week for prayer.

Pat and Jim became pastors for a bilingual congregation in San Jose in 1984. They became deeply involved in praying and counseling many people.

In 2010 the church had matured and a Costa Rican couple continued the ministry. Pat and Jim continue to encourage Christians and seekers wherever they feel the Lord directs them.

Last year the McInnesses spoke in Parkersburg at the 50th Anniversary of the Mission Conferences held through Christ United Methodist Church.

A Renewal Weekend will begin tonight at 5:30 with a covered-dish Fellowship Dinner at Christ United Methodist Church, 715 16th St. in Parkersburg. A service of music at 6:45 p.m. will feature the presentation by Jim McInness as he brings God’s message to the Mid-Ohio Valley.

Jim was recently diagnosed with lung and liver cancer. He believes strongly that God wants to give the people in Parkersburg a special message for their lives, and that God has chosen him to give local residents that message. He has decided not to start the medical procedures of chemotherapy, radiation and surgery and trust God with his life and obey God’s call to come to Parkersburg. He is excited to share the faithfulness of God as he is experiencing it.

Saturday from 2-4 p.m. Jim will share more personally and teach participants how to have a closer relationship with God, how to listen to God’s voice, and how to know it is the Holy Spirit and not our own spirit.

On Saturday from 10 a.m.-1 p.m. there will be a Kids Camp at the church. There will be seven missionaries participating; games, stories, music and activities from other cultures will culminate with a pizza party. The camp will be divided between kindergarten-elementary and middle school-high school.

Sunday morning will be a combined Worship Service at St. Andrews United Methodist Church, 1210 20th St. in Parkersburg, at 10 a.m.. Besides the final challenge by Jim McInness, there will be testimonies from a Guatemalan couple who were discipled by Jim and Pat in Costa Rica and a presentation by Larry and Willa Yost, West Virginians who have been missionaries all over the world and are retiring.

The Yosts are former members of St. Andrews, and will be honored by a luncheon following the service at 11:30 a.m., where Larry will sign copies of his new book about the adventures in his life.

Everyone is invited to the services and the luncheon.