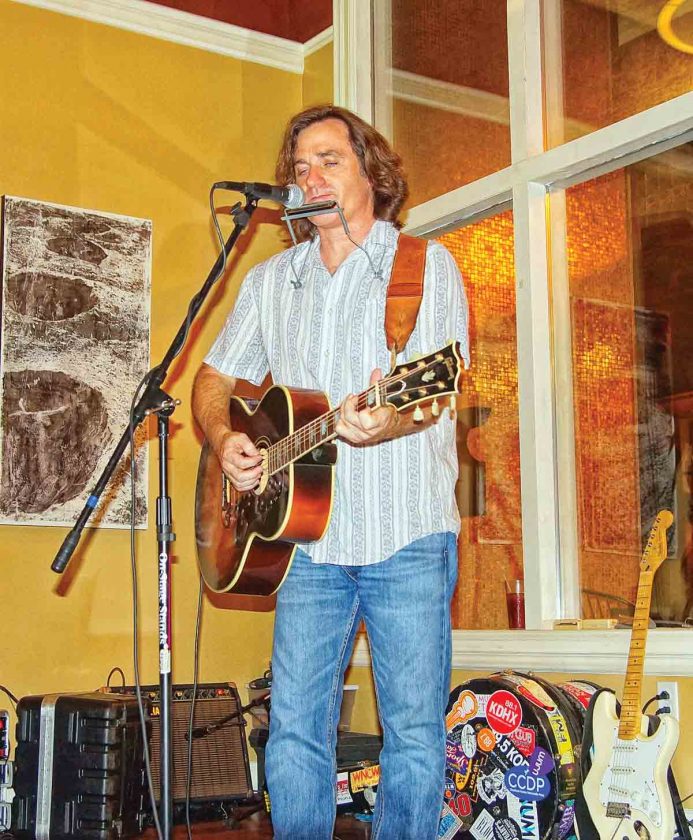 Photo Provided Mark Stuart of Nashville to perform March 14 at Artsbridge in Parkersburg.

“Mark has been a longtime supporter of our music series in Parkersburg,” said Children’s Home Society of West Virginia CEO Steve Tuck. “I met Mark several years back at a music event in Nelsonville, Ohio, and before long he and his wife Stacey Earle were contacting me to help me out with a show.”

In the early years, Stuart and Earle performed at several different Children’s Home Society events, but recently he has been touring as a solo act. “This makes Mark’s seventh trip to play; he’s great about reaching out to us when he tours up our way,” Tuck said.

Stuart hails from a few miles northwest of Nashville. He has performed with some of folk music’s biggest names such as Joan Baez and Steve Forbert. Stuart also has worked with country music legends like the late Freddy Fender, the Nashville Rebels and brother-in-law Steve Earle.

Stuart is known as a “guitar player’s” guitar player and when not touring he hosts songwriting and playing workshops for aspiring musicians hoping to hone their Americana music skills.

“Mark and Stacey are obviously great people,” said Tuck, “and our fans have come to expect great songs and guitar playing, but a bonus treat are the great music tales from his interesting career.”

The show will be held at the Artsbridge Studio at 925 Market St. in downtown Parkersburg. “We are excited to hold this show at a venue where fans can really focus on a solo performer,” said MOVAMS music coordinator Jeff Fox. “It can be a challenge to find a suitable listening room venue, without a lot of distractions, in our area. At our shows, folks are here for music and friends and it works.”

And for Artsbridge, the MOVAMS is a nice fit for the organization’s mission, “to improve the quality of life in the Mid-Ohio Valley by promoting and supporting the arts through financial and technical support, and arts education in our schools and community.”

The doors will open at 6:30 p.m. with the music beginning around 7 p.m. Stuart will feature two sets of music with a short intermission.

There is a recommended donation of $10 with a portion of the proceeds going to support the Parkersburg office of the Children’s Home Society of WV. Food and beverages will not be served but guests are urged to bring some snacks and their favorite beverages to enjoy responsibly, Fox said.

The Mid-Ohio Valley Americana Music Series is the creation of Steve Tuck and focuses on an effort to bring national, regional and local Americana music performers to Parkersburg.