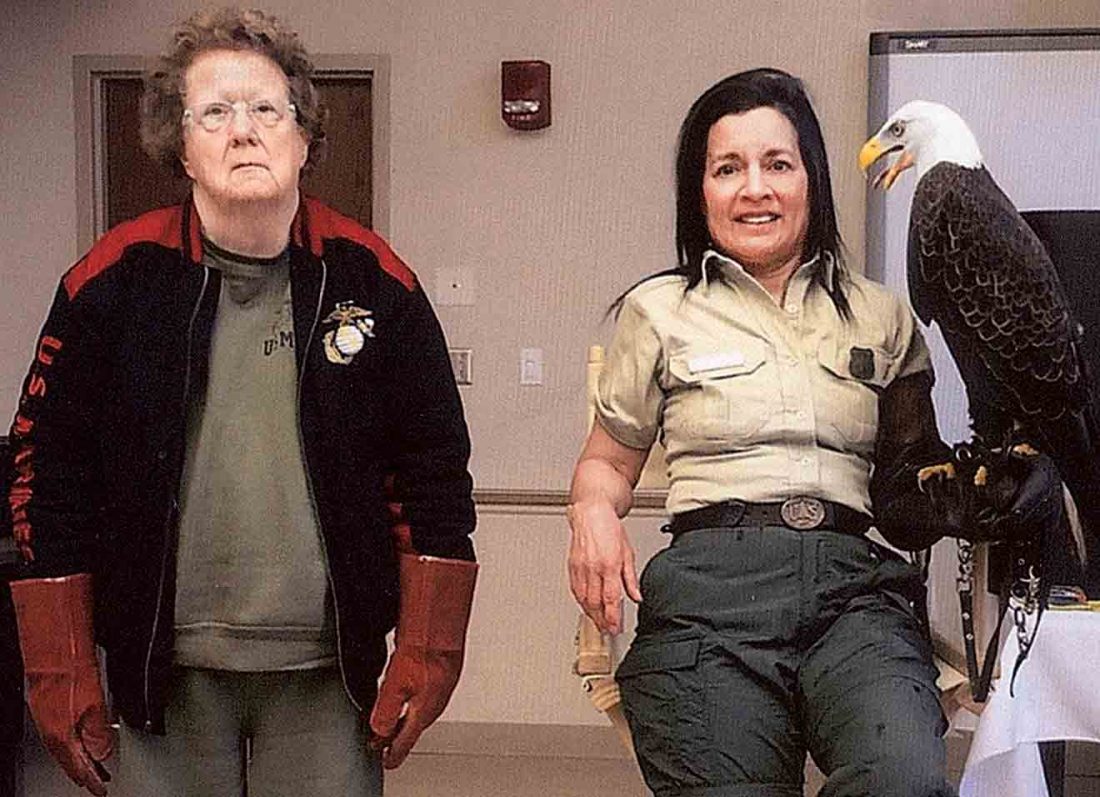 Munchmeyer was in Clarksburg doing a collection of Toys for Tots Dec. 19 and visiting the Clarksburg Veterans Administration Hospital for some medical attention.

It also happened to be a day when the hospital was hosting Jo Santiago, a wildlife biologist and a raptor rehabilitation specialist with the U.S. Forest Service’s International Programs.

“Freedom (a bald eagle) represents all veterans,” she said. “The hospital was supposed to host Freedom March 21 but Freedom wasn’t able to get there. The hospital is going to host the eagle again in April.”

Munchmeyer, of Vienna, is a former Marine who worked at Marine Corps Air Station in El Toro, Calif.

“Most people don’t get a chance to see a bald eagle up close,” she said. “I actually got to hold him on my arm. It was an honor for me to be able to hold the eagle.”

Munchmeyer paused for a second and added, “It was like holding God. It was awesome holding that bird, knowing what that eagle stands for. What an awesome experience that was.

“Of all the awards I’ve received this one was the best,” she said. “This just took my breath away.”