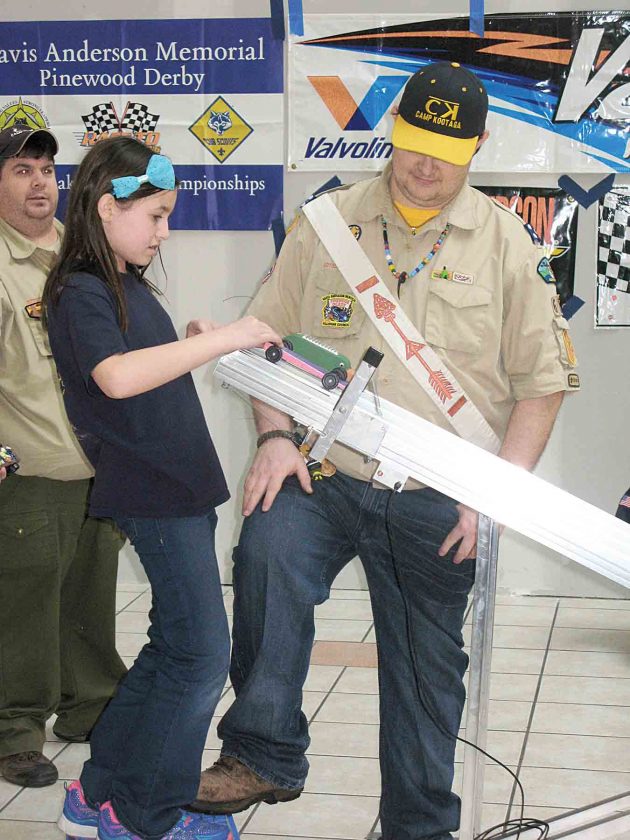 File Photo Emily Sillaman of Cub Scout Pack 430 in Arnoldsburg, was one of two girls to match their racers against other Cub Scouts during last year’s Pinewood Derby at Grand Central Mall.

VIENNA — A pair of racing-related events at the Grand Central Mall on Saturday will offer something for all ages.

The mall is also hosting a race car display through the week and there will be an autocross event on Saturday.

In the Pinewood Derby, the Kootaga District was formed earlier this year with the combination of the Little Kanawaha District and the Blennerhassett District. Cub Scouts will be able to register as individuals or as a Pack to race.

Cub Scout and Open Class Racers can sign up to race online at the Buckskin Council webpage www.buckskin.org

Racers will be notified of their track location and start time by email after registering.

This year’s event will also feature a Mayor’s race at noon. Vienna Mayor Randy Rapp will be challenging other area officials to join the race.