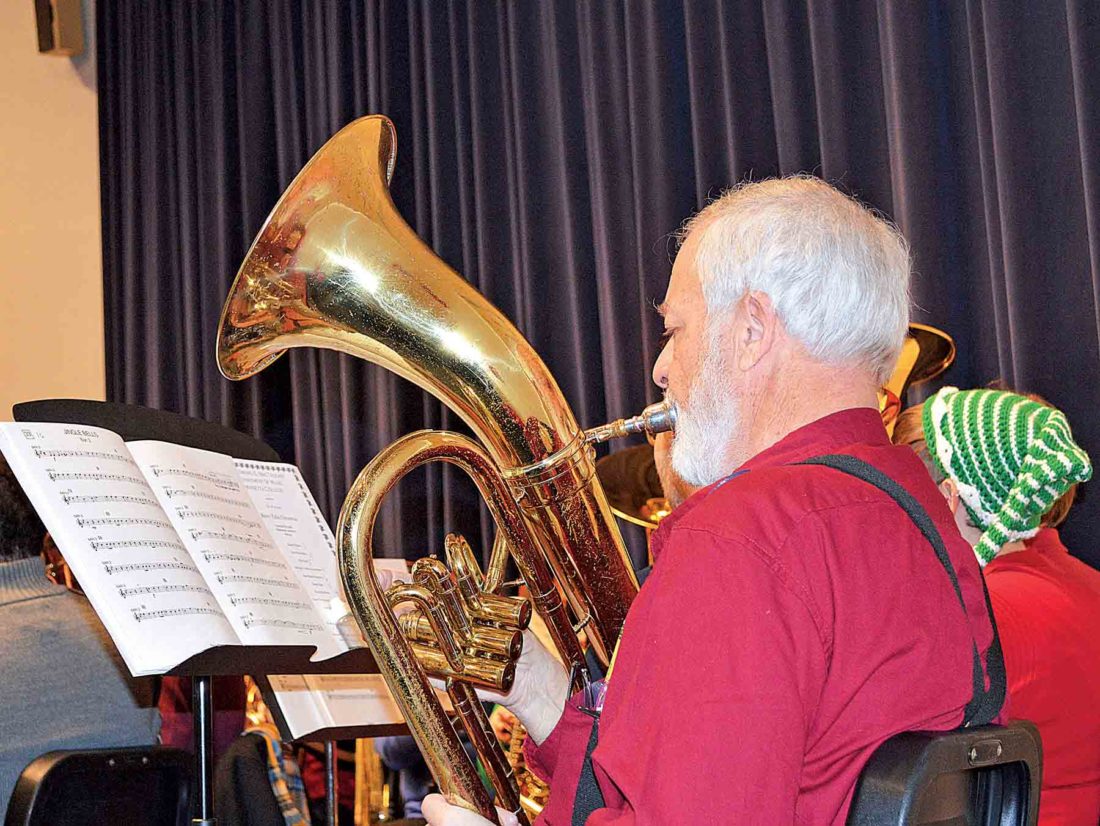 MARIETTA — The 14th annual Merry Tuba Christmas in December at Marietta College will include a new addition to the performance.

Horns A Plenty, the French horn version of Tuba Christmas, will perform prior to the tubas at 4 p.m. Dec. 1 in the Alma McDonough Auditorium. Both ensembles will perform traditional Christmas carols in quartet style.

The free performance has become a holiday favorite. The family-friendly concert lasts between 30-45 minutes and is open to the public.

“This is a great way to kick off the Christmas holiday season,” said Marshall C. Kimball, music department chairman. “For some families, this event has become the ‘official’ beginning of their holiday season. It’s a very informal concert and is enjoyed by all in attendance. Beautiful fun music is created with laughter and fellowship included. The atmosphere is one of joy and peace.”

A collection will be taken up at the end of the event to assist Gospel Mission Food Pantry.

Phillips was inspired to create Tuba Christmas as an annual event honoring his mentor and teacher, the late great tubist William J. Bell, who was born Christmas Day 1902.

Horns A Plenty follows the same type of format as Merry Tuba Christmas, but with Christmas carols arranged for French horns.

Both Merry Tuba Christmas and Horns A Plenty are open to participation from musicians around the Mid-Ohio Valley. Participants represent a cross-section of the community, including middle school students and senior citizens.

Any individual wishing to participate in either Merry Tuba Christmas or Horns A Plenty should contact Kimball at mk001@marietta.edu or 740 376-4686.