Throwdown for the Pound benefit slated in Marietta 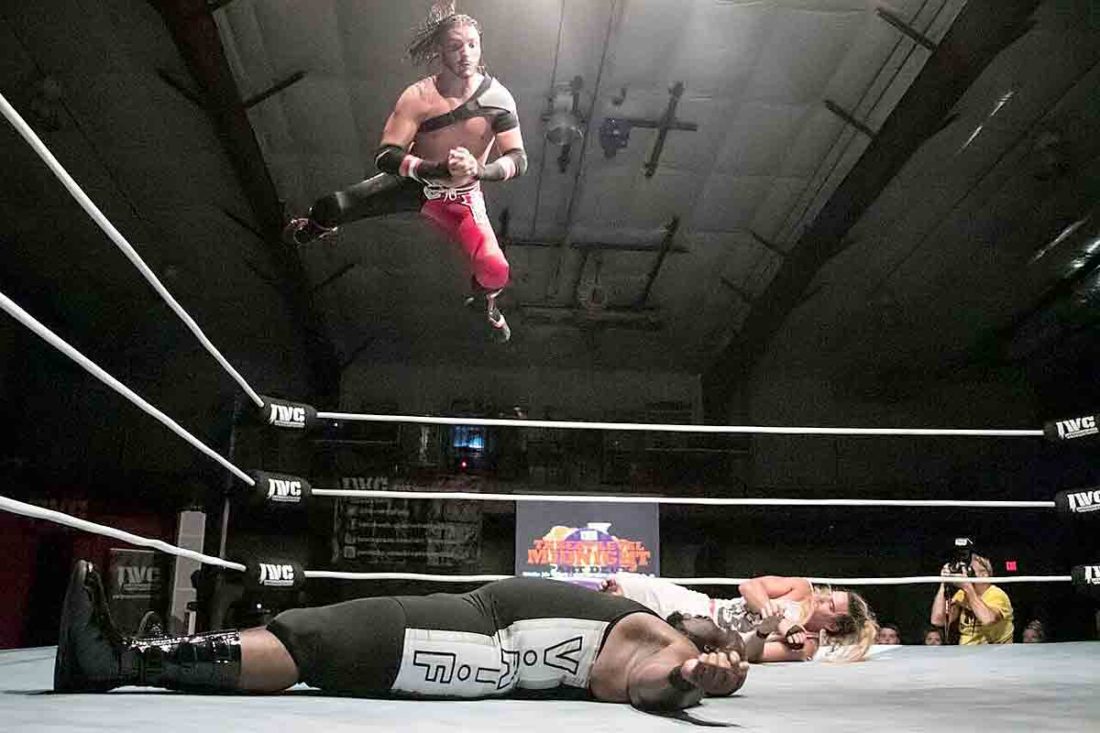 MARIETTA — Twice a year people come together in Marietta for a gathering to help our furry friends avoid neglect and mistreatment, in an event that also includes plenty of bodyslams and family wrestling entertainment.

This Saturday at 6:30 p.m. in the Marietta Middle School gymnasium, Remix Pro Wrestling will host the 18th Throwdown for the Pound with all proceeds benefiting the Pleasants County Humane Society in West Virginia.

But with the support of his bosses, Johnson was able to use the sport he loves to help support the animals that are an integral part of his life. With his good friends Sam Smith and Joe Offenberger, Johnson put together the first Throwdown for the Pound as an experiment to see if using professional wrestling as a fundraiser would work.

“It worked so well that we decided to continue it,” Johnson said.

Seventeen events and more than $80,000 later the Throwdown for the Pound has become a bi-annual tradition in the Mid-Ohio Valley and its notoriety is attracting bigger name wrestlers.

Madison Rayne, a former WWE star, is scheduled to wrestle Remix female champion Britt Baker for the women’s title. Baker is a multi-talented woman who besides being a wrestling champion just finished her degree in dentistry.

“She can break your teeth and then fix them,” Johnson said.

Another title bout on the card is the Remix tag team championship. One half of the championship duo is JaXon Argos, the self proclaimed, “Greatest thing in wrestling.”

Training out of the Lance Storm Wrestling Academy in Calgary, Canada, Argos describes himself as a loudmouth with a chip on his shoulder.

“People giving money to a worthwhile cause and getting to see me at the same time is a win-win for everybody,” Argos said.

Money raised will be used to house, feed and provide medical treatment for the animals at the Pleasants County Humane Society in St. Marys. Ringside tickets are already sold out but bleacher seating is available.

Tickets for the Throwdown can be purchased for $15 in advance at We Luv Pets in Marietta and at remixprowrestling.com. Tickets will be $20 at the door.