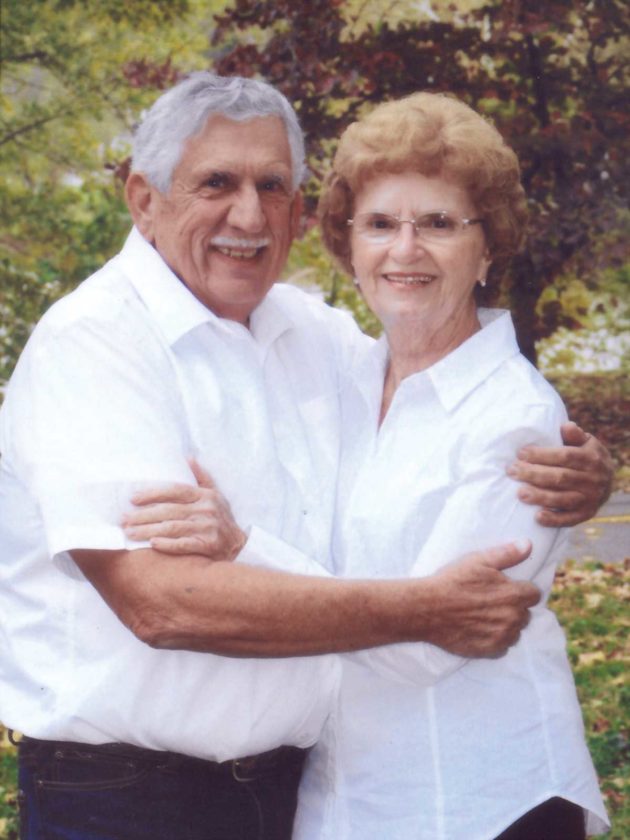 Photo Provided John and Ronda Meyer were married Aug. 15, 1968 at First Calvary Church of St. Marys. The couple are The Parkersburg News and Sentinel Golden Anniversary Couple of the month for August.

ST. MARYS — A St. Marys couple has kept their faith in God and each other in 50 years of marriage.

John and Ronda Meyer were married Aug. 15, 1968, at First Calvary Church of St. Marys. The couple is The Parkersburg News and Sentinel Golden Anniversary Couple for August.

“I saw her and decided to ask her out,” John said.

They went out to the drive-in movie and saw the movie “Fluffy” starring Tony Randall and Shirley Jones on June 15, 1965.

The couple dated for a year before getting engaged. John went into the Navy five months after they started dating and continued to see each other. He was home on leave and the couple got engaged and were married.

The couple said they have continually loved, respected and enjoyed being with each other.

“He has always been a very considerate and polite person,” Ronda added. “He has always opened the car door for me and still does to this day.”

She said they love doing things together.

“God brought us together,” Ronda said. “People will say ‘if you see Ronda, you see John.”‘

The couple attends Cow Creek United Methodist Church near St. Marys where John has served as a certified lay speaker and he has spoken at other churches.

John is retired from Compton, the former Union Carbide plant where he did maintenance work on the energy system. Ronda was a homemaker.

They like to garden, do other home projects, go to church and play with their grandchildren together.

The couple has two sons and one daughter. They have five grandchildren.

Their family held a surprise anniversary party last weekend at DaVinci’s in Williamstown. The couple planned to go out and have dinner on their anniversary.

The couple would advise younger couples to have faith in God.

“They really need to respect and love their partner,” John said. “You have to be mindful of their needs and desires.”

Each night before going to bed, they tell each other good night and that they love the other, Ronda said. “When you get married you become one, but it takes two to get to 50 years.”