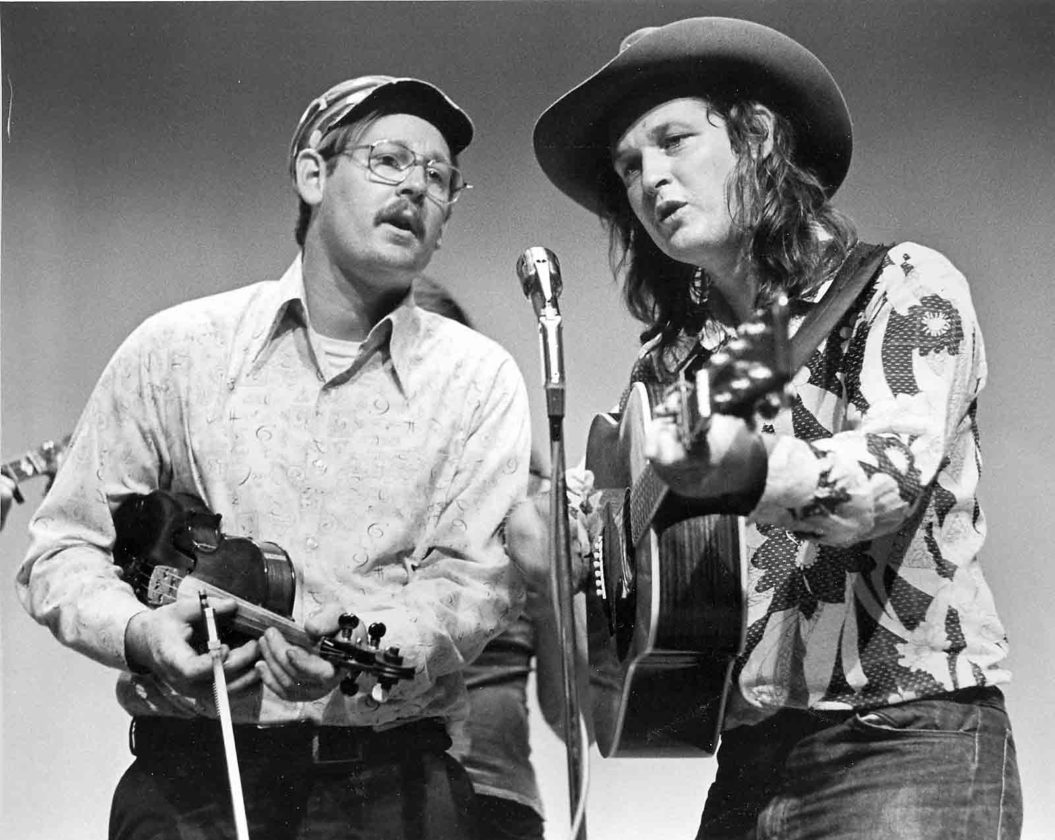 John, left, and David Morris, of the Morris Brothers, perform at the West Virginia State Folk Festival at Glenville in 1974. (Photo by Carl Fleischhauer)

The Morris Brothers, brothers David and John Morris, have played an important role in keeping traditional West Virginia music alive, the hall of fame said, through performances, recordings and their music festivals in Ivydale. They are from Clay County.

Michael W. Smith, of Wayne County, is described as a superstar of contemporary Christian music. He has won three Grammys, 45 Dove awards, and sold more than 15 million albums, which have yielded 32 No. 1 hit songs. He has authored 12 books, acted in motion pictures and scored film projects.

Adkins, of Boone County, described by the hall of fame as the “Wild Man From Van,” was a one-man juggernaut who amassed a cult following in the U.S. and Europe. He influenced a generation of rockers and is the father of the “psychobilly” genre. His fans include Robert Plant and Mike Judge.

Hutchison, of Logan County, billed as “The Pride of West Virginia,” was one of the first white musicians to record in the country blues idiom, the hall of fame said. His songs and his guitar style have influenced many musicians, including Doc Watson, John Fahey, Cowboy Copas, Bob Dylan, The New Lost City Ramblers, and Chris Smither.

Fred “Sonic” Smith, of Logan and Lincoln counties, is a founding member of Detroit’s groundbreaking group MC5 and helped fashion the high-powered “Detroit Sound,” the hall of fame said. Smith was included in Rolling Stone’s list of the “100 Greatest Guitarists of All Time” and his nickname was the inspiration for the name of the band Sonic Youth. In 1980, he married poet/singer Patti Smith, and temporarily retired from music to raise their children.

These artists represent the quality and the diversity of West Virginia talent, and the impact they have made on the music of the state and the nation, said the W.Va. Music Hall of Fame.

At the induction ceremony the hall of fame also will be announcing the names for a new category called “In The Wings.” This includes artists and bands that will be inducted into the WVMHoF at some future date.

Because just six artists are inducted every two years, this is another way for the WVMHoF to recognize West Virginia musicians who have made a lasting contribution to American music, a press release states.

The induction ceremony will be Feb. 10 at the Culture Center Theater in Charleston. Tickets are $75 in advance and $95 at the door. VIP tickets are $250 each and are limited to 100.

The West Virginia Music Hall of Fame is at 1427 Lee St. in Charleston. The website is wvmusichalloffame.com.