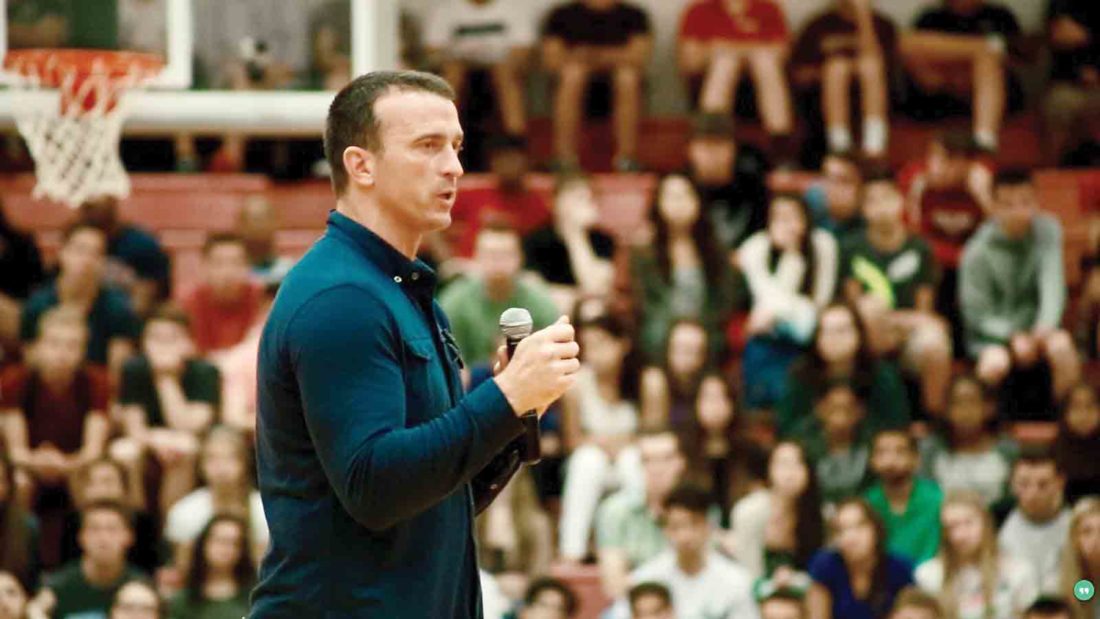 Photo Provided Former NBA player Chris Herren will be speaking Monday at South Parkersburg Baptist Church on his struggles with addiction and substance abuse. Alcohol and drug free since Aug.1, 2008, Herren has refocused his life to put his sobriety and family above all else.

PARKERSBURG — A former NBA basketball player will be speaking in Parkersburg about his struggles to overcome addiction and substance abuse.

Chris Herren, who played for the Denver Nuggets and the Boston Celtics, will be speaking 6 p.m. Monday at South Parkersburg Baptist Church at 1655 Blizzard Drive.

An All-American, Herren broke scoring records, was recruited by top colleges, featured in Sports Illustrated and became the focus of an acclaimed book, “Fall River Dreams.” He was drafted by the Nuggets in 1999 and was traded to the Celtics after his rookie season. He lost it all to substance abuse.

”He talks about struggling with addicton throughout his career and how it affected his career and family for 10 years,” said Amy Church, assistant director of the Wood County Day Report Center. ”He talks to schools and community members about addiction and the effect it has and he talks about his journey to recovery.”

Alcohol and drug free since Aug. 1, 2008, Herren has refocused his life to put his sobriety and family above all else, organizers said. He has shared his story in a memoir, “Basketball Junkie,” and has talked about his experiences in interviews on the ESPN Films documentary, “Unguarded,” of which he is the subject, they said.

This is Herren’s second time in the Mid-Ohio Valley within the last year, having spoken in March at the Grand Pointe Conference Center.

“He is the best speaker I have ever heard,” said Kat Boggs, probation officer for the Mid-Ohio Valley Adult Drug Court. ”It is raw, it is gritty. It is absolutely what the face of addiction looks like. He is very open and honest.”

Wood County Commission President Blair Couch attended Herren’s talk in March. Herren is charismatic and has a story that will resonate with a lot of people in the lengths he had to go to hide his addiction, Couch said.

”With his NBA history he has a very interesting story to tell, trying to mix his addiction with trying to play basketball at a high level and how he lost it all and had to rebuild his life from there,” he said.

The event is being sponsored by the WV Drug-Testing Laboratory and the Mid-Ohio Valley Adult Drug Court.

South Parkersburg Baptist Church has a seating capacity of around 860, church officials said.

”We would like to see as many people as we can attend,” Boggs said.

Church hopes many area youth will be able to attend, especially those involved in sports.

“We are hoping a lot of kids and athletic teams show up and have a big presence,” she said.

Many kids are faced daily with the temptations of drugs and alcohol.

”With our youth being so exposed to things, it would be nice to have the other side of the story,” Boggs said of the price of substance abuse has on people’s lives.

Couch believes many people will want to attend from across the community as Herren’s story resonates with many different people.

”We would like nothing more than to have standing room only,” he said.