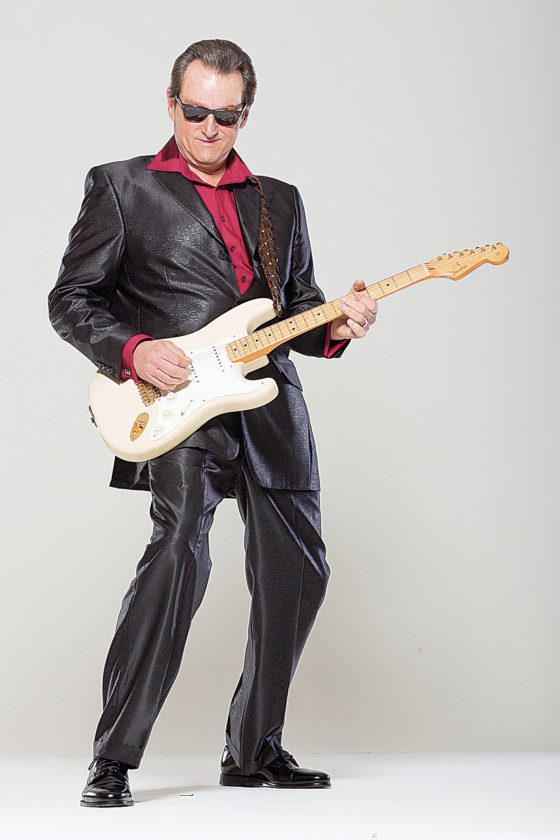 Photo Provided Ray Fuller and the Blues Rockers will perform Feb. 17 as part of the pre-competition concert for the 2017 River City Ohio Blues Competition at the Lafayette Hotel in Marietta.

A total of 12 local and regional blues acts are competing for the chance to perform in an international blues competition. The winner will compete for cash prizes and BJFMS sponsorship to the International Blues Challenge in 2018 in Memphis, Tenn.

The cash prizes are $1,000 for first, $500 for second and $300 for third. The winner will also receive an additional $500 when they register for the IBC competition.

If second or third place also qualify to go to Memphis on the BJFM Stage, they will also receive an additional $500 when they register for the challenge, officials said.

The River City Ohio Blues Competition is the oldest and largest blues talent competition in Ohio, with 12 competition slots to be filled by local and regional blues acts from all over Ohio, West Virginia, Pennsylvania, Michigan and other states.

For blues fans wanting to see the performers in action, doors open one hour before show time.

The 2016 River City Ohio Blues Competition winners were Chris Sutton, of Huntington, in first place; Sadie Johnson and Joey Crumbs, of Marietta, in second; and Roadhouse Redeemed from Columbus in third place. Since two of the top three were in different performance categories – solo/duo versus band — both Sutton and Roadhouse Redeemed received BJFMS sponsorship to this year’s IBC competition.

The IBC represents an international search by The Blues Foundation and its affiliated organizations for the blues band and blues solo/duo most deserving of taking their act to the international stage. Competing artists can gain valuable exposure to record label representatives and blues industry professionals and festival promoters capable of real career advancement for a serious blues musician, organizers said.

As it has for the past several years, the Marietta competition will be a two-day event. Instead of bands competing Friday night, the weekend will begin with a pre-competition party on Friday from 8-11 p.m. The performers will be Roadhouse Redeemed at 8 p.m. while Ray Fuller and the Blues Rockers will perform at 9:30 p.m.

On Saturday, the competition will be noon-6 p.m. with a dinner break from 6-8 p.m. The winning acts going to the IBC will perform at 8 p.m. followed by a performance at 9:30 p.m. by Southern Avenue Band, a finalist at the Blues Challenge in Memphis.

The blues competition is a precursor to the 26th annual River City Blues Festival on March 17-18 at the Lafayette Hotel. This year’s festival will include performances by a variety of regional and national blues performers.

The schedule of events includes:

(First through third place winners to be announced A.S.A.P. following the competition)