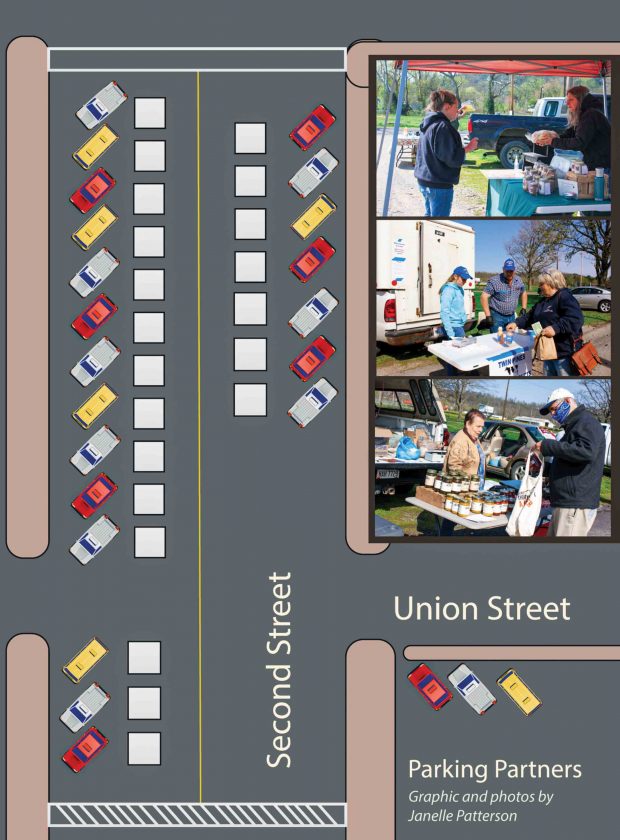 MARIETTA — The River City Farmers Market has paid for a street closure permit proposing to bring its more than 2,000-body Saturday foot traffic downtown Marietta from the Washington County Fairgrounds.

“Our proposal is to start on Aug. 1 with our vendors parking diagonally on Second Street and allowing the foot traffic to fill the center lanes as we sell in (removable stations) on Saturday mornings,” Tom Fagan, vice president of the nonprofit board, said.

The market’s membership voted June 13 to pursue options to move the market downtown after weighing the costs of an increased rent and losing the indoor space at the fairgrounds previously occupied by craft vendors and used for storage of tables and tents during the week.

“We are not being kicked out of the fairgrounds, we’ve worked there with a good relationship for many years, but as the rent was going to go up by almost 300 percent that wasn’t doable when our annual revenue only covers the cost of our liability insurance, maintenance on the building and some of the extra events we put on,” Fagan said.

So the nonprofit, which has a membership of 75 vendors, looked to move downtown, ultilizing Chapter 945 of Marietta City Codified Ordinances to submit a street closure permit. If granted, it would allow for the market to utilize Second Street from Putnam Street to the cross walk in front of Rockstar Wellness without traffic by vehicles from 7 a.m. to 1 p.m. Saturdays.

The permit is under the purview of Mayor Josh Schlicher to grant or deny. Fagan said this is not the first time the nonprofit board has done this.

The proposal was added to the Lands and Buildings Committee agenda for discussion on June 25.

Fagan was joined by Ben Williams Thursday to answer questions. They were supported by the Marietta-Washington County Convention and Visitors Bureau.

“We’re in full support,” Deana Clark, executive director of the bureau, said. “It’s a great draw not only to locals but also for tourism and that’s a great asset for towns I’ve seen work elsewhere.”

When Clark learned of the proposal, she said in addition to the potential for increased foot traffic downtown, if also paired with cooking demonstrations or entertainment with the two downtown theaters, the events would be an economic driver for businesses.

Fagan also said the board allows nonprofits, school groups and churches to set up as a vendor free of charge during the market and that child entrepreneurs are able to set up for half the price of a regular or weekly vendor.

“My oldest daughter does wood burning and she’s at that price of membership,” Fagan said. “And the whole goal of offering free space for nonprofits, churches and school groups (for example a team bake sale) is to give back to the community.”

“I am in full support of this, I think it’s a great idea and the perfect location,” said Councilman Bill Gossett, who owns Cobbler John’s. The shoe shop would lose six parking spaces in front of its storefront in the Dime Bank building.

Fagan said members of the board also approached the Original Pizza Place on Second Street and Tampico Mexican Restaurant and received favorable response this week concerning the proposal.

Councilman Geoff Schenkel said he has seen similar street closures for farmers markets driving foot traffic into “brick and mortar” businesses in Chautauquan communities and that he was in full support.

After Gossett was in support, Councilwoman Susan Boyer said that at least half of the voting body was in favor of the market’s proposal.

Fagan also said the market carries liability insurance and is requesting the closure times of 7 a.m. to 1 p.m. to allow for adequate setup and tear-down/clean-up time before and after the official 8 a.m. to noon market times.

“At first glance (Wednesday) I was a no,” Schlicher said. “But the way you and Geoff are talking about it now … there’s pluses and minuses of it.”

Fagan said after the meeting that he was not formally notified the permit was up for discussion by city council until contacted by the Times June 25.

Councilwoman Cassidi Shoaf said the meeting that the permit was a late-add to the agenda on June 25.

Safety-Service Director Steve Wetz also asked the market to consider closing the third block of Butler Street between Third and Second streets, with an option to overflow into the city-opened gravel parking lot across Butler from WesBanco.

Fagan and Williams said they plan to measure the width and length of the block of Butler Street between Second and Third to determine whether the space would allow for vendor distribution out of vehicles and still allow for emergency vehicle clearance through the street.

“We submitted this permit to get the ball rolling and start these conversations,” said Fagan.

Ohio Governor Mike DeWine has issued a release that said he has tested positive for the COVID-19 coronavirus. He ...

PARKERSBURG — The Wood County Courthouse and the Judge Black Annex will be open today after closing Wednesday for ... 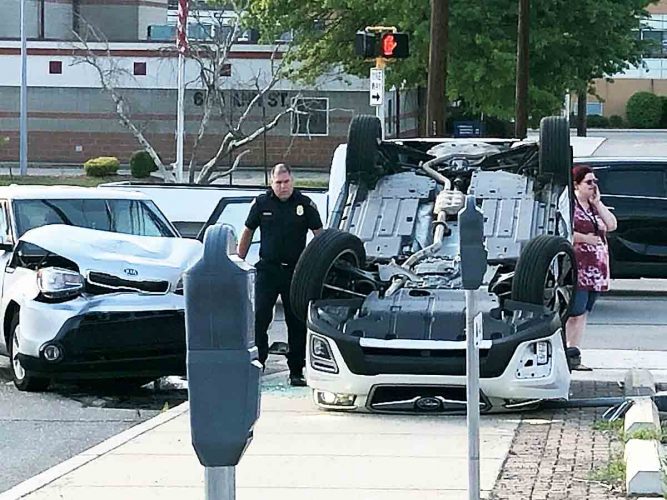 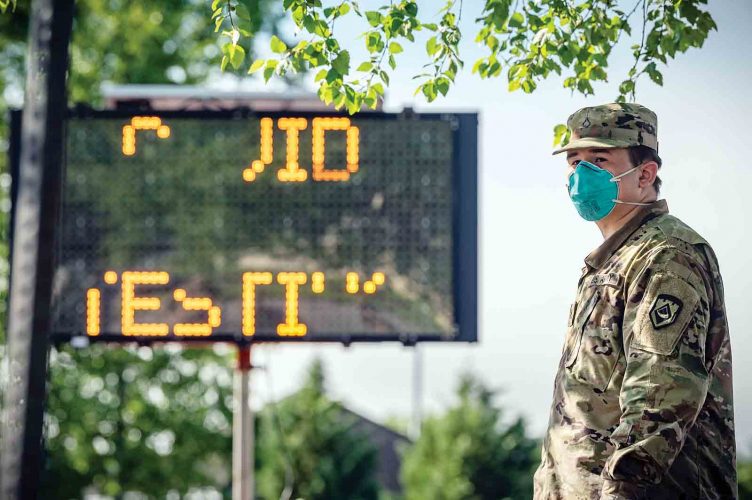