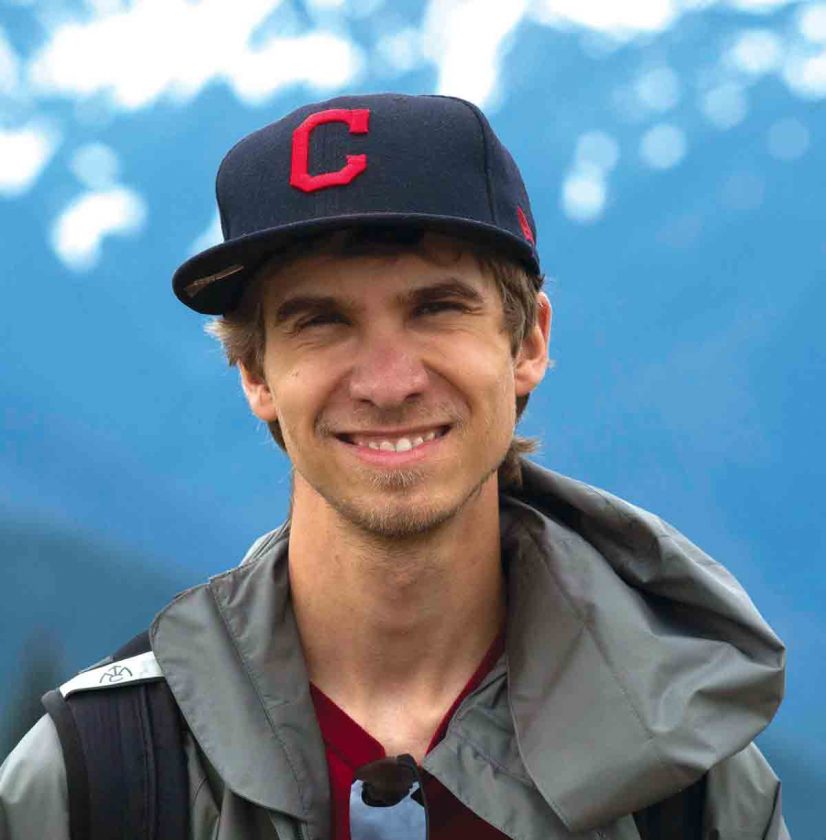 An author inspired by writers including Michael Crichton is writing a book that takes place at a fictional park in Marietta.

“Iroquois Park” will be Justin Krickovich’s first novel set to be released in January or February in time for spring when the story in the book takes place.

The novel will be loosely based on the real-life story of Randy Morgenson, a ranger, Krickovich said.

Morgenson, 64, a veteran outdoorsman and guide, disappeared on July 21, 1996, at the Sequoia and Kings Canyon National Parks where he worked for 28 years. Morgenson’s body was found five years later.

The death was shrouded in mystery.

Krickovich was born and raised in Medina. After graduating from Medina High School in 2007, he moved to Akron where he has lived since.

Marietta as the setting for the book goes back to when he was in the eighth grade when his father drove the family to Myrtle Beach.

“I distinctly remember passing through Marietta. The beautiful bridges over the mighty Ohio River and the start of the Appalachian Mountains beginning to look more than just hills,” he said. “It was such a scenic part of Ohio and it stuck with me.”

Later in life, he traveled more out west, discovering how many novels had taken place in the west or in major cities.

“I always wondered why Ohio was ignored,” Krickovich said. “It has countryside, Appalachian Mountains and major cities, which are all great locations for an author to place their book.”

Marietta being among the oldest cities in Ohio also played a part in the setting, according to Krickovich. He traveled to Marietta twice while writing the book, staying at the Leith Run Campground in the Wayne National Forest.

“That campground was exactly how I envisioned Iroquois National Park,” he said. “The trails right alongside the Ohio River were perfect to spur my creativity. My camera’s memory card was filled to the brink after each trip. I took so many research photos.”

He learned about how intricate the national parks are and how they handle cars, bicycles and hikers.

“As I traveled out west to parks like Glacier, Rocky Mountain, and Mount Rainier I thought how cool it would be to create and design my own national park,” he said. “I could come up with trails, a logo, and wildlife that reside in the park. And the best part, place my story in it.”

Krickovich said he has a degree is in business management technology which from the University of Akron. He works at Signet Jewelers in its shipping department where he is in charge of tracking missing shipments, among other duties.

He writes in the evening. Krickovich isn’t married or has children.

“I do have a lovely girlfriend named Amanda,” he said.

Besides Michael Crichton, Krickovich said he was influenced by writers C.J. Box and J.D. Todd. “They painted beautiful pictures with their language,” he said.

Crichton has a gift of telling a story and teaching the science behind it.

“It was something I learned and used in my own style of writing,” Krickovich said. “I discovered I could teach history, wildlife, and location backgrounds all while telling a fictional narrative.”

“Iroquois Park” is his first completed novel, but he has worked on short stories and screenplays, of which several have placed in contests such as the BlueCat Screenplay competition and the Pipeline Screenwriting Contest.

His next book will be a sequel.

“This is a stand-alone story, but I did write this book with the idea of having sequels,” he said. “I developed a core set of park rangers that work in Iroquois National Park. Instead of focusing on just one major character throughout the series, I’ll hop around and make each one a focus in upcoming sequels.”

Krickovich also intends to release an e-book about what he has learned about the parks and pictures he’s taken there.

“Iroquois Park” will be self-published novel on iBooks and Kindle and will cost of $9.99. The page count will be around 225 pages.

“There are many routes a writer can go when they’ve completed their work. They can look for an agent, look for a publisher, or self-publish,” he said. “I decided I wanted to have control, plus, I love marketing so I went with self-publish. I wanted to reach my audience in a very personal way early in my (hopefully long) career. And placing my logo on T-shirts and mugs seems like a fun endeavor.”