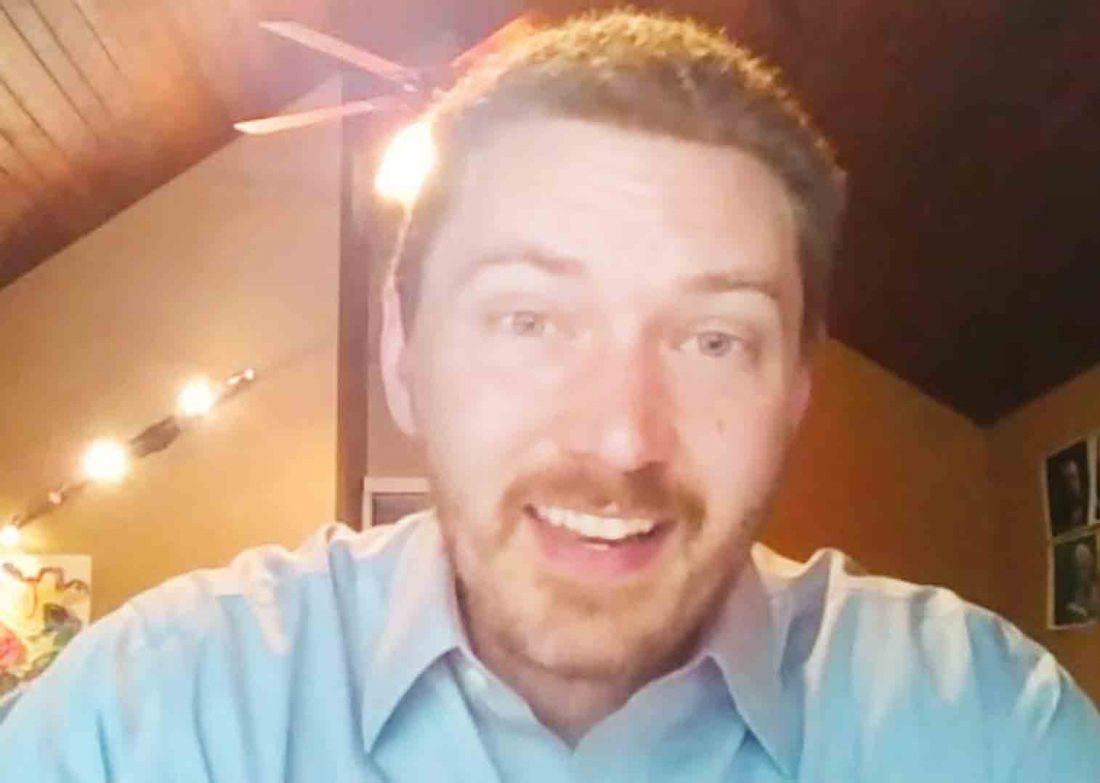 CHARLESTON — State and national economists believe West Virginia’s financial recovery from the coronavirus business shutdowns will happen, but it will be a slow recovery.

The West Virginia University Bureau of Business and Economic Research held a virtual update Thursday on the state’s economic outlook during the coronavirus pandemic.

John Deskins, director of the bureau and an associate professor of economics at WVU, said he was optimistic West Virginia’s economy could see a V-shaped recovery over the next few months, but continued uncertainty about the coronavirus makes it hard to predict.

“I remain relatively optimistic that we’re going to have a rapid recovery, and it might be close to a V shape,” Deskins said. “All the indicators give me optimism that we’ll have a rapid V-shaped recovery as long as all the businesses finally open up. The thing is, the longer the recession goes, the more underlying damage it will create. The more damage that is created, the longer it will take for the recovery to happen.”

According to the bureau, West Virginia lost 94,000 jobs between mid-February to mid-April, the worst job loss since the early 1990s in the state. Deskins said job losses were 13 percent over two months, better than the U.S. average of 14 percent and better than some surrounding states. 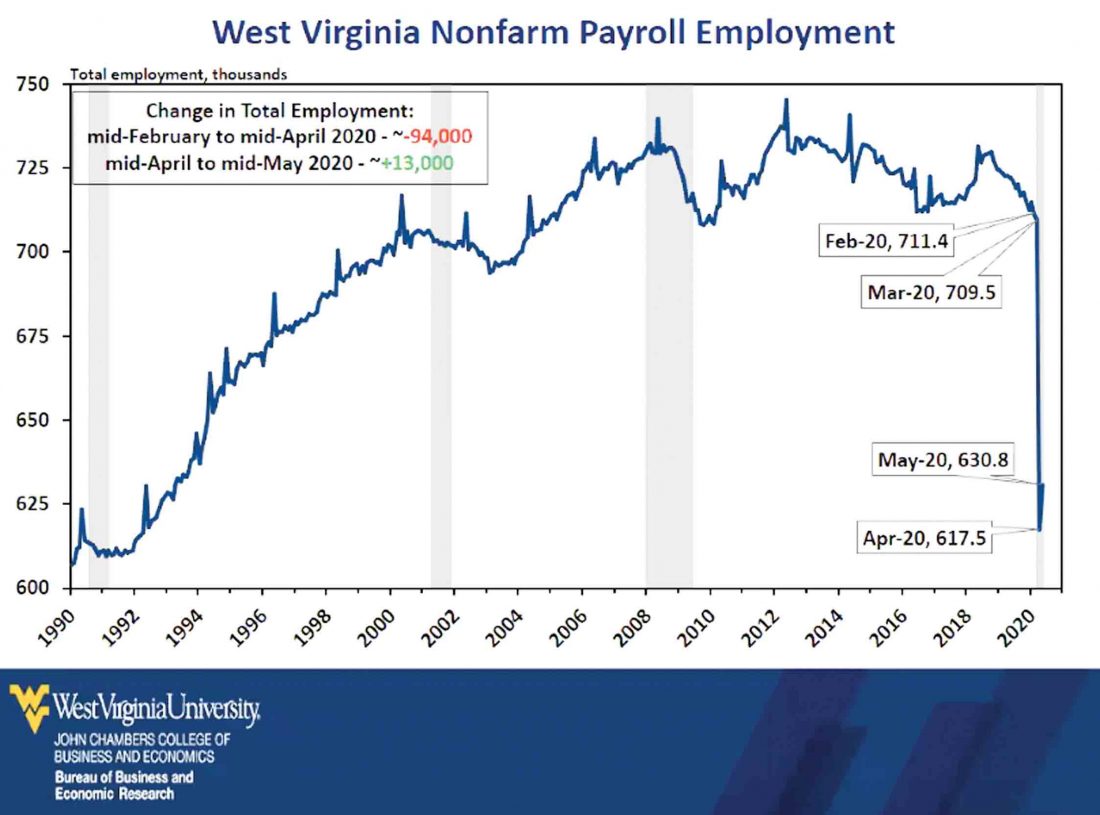 According to Deskins, the state gained back 13,000 of those jobs from mid-April to mid-May.

“I never in my life thought I’d say this, but a 13 percent job loss wasn’t as bad as it could have been at least when you look at the nation altogether and you look at neighboring states,” Deskins said. “The 13,000 jobs we added back amounts to 2 percent jobs gained back.”

“We’ve never seen anything like this before. This isn’t a recession that has been caused by economic problems,” Deskins said. “This recession came completely out of the blue and driven by public health concerns, not because of economic problems. Because the source of this recession is so external, it really makes it difficult to make projections on where we are going.”

Andy Bauer, vice president and regional executive for the Baltimore branch of the Federal Reserve Bank of Richmond, said the growth of gross domestic product in the first quarter of 2020 decreased by 5.1 percent, the largest decline since the fourth quarter of 2008 during the start of the great recession caused by the burst of the housing bubble. Consumption decreased by 6.1 percent, investment in equipment decreased by 16.7 percent and investment in structures decreased by 3.9 percent.

The numbers for the second quarter of 2020 are unavailable, but Bauer said GDP declines will be historic. Over the last 13 weeks, 45 million people have applied for unemployment insurance, with another 1.3 million added to that number today, breaking the previous historic weekly high of 692,000.

“It’s just been tremendous, the impact on the labor market,” Bauer said. “The level of payroll employment is back to where it was in 2010, so an entire decade’s worth of job gains was wiped out in just two months.”

Bauer said there were some good signs in recent economic numbers. According to May data, manufacturing is stabilizing and is up 3.8 percent and the ISM Manufacturing Index was up by 1.6 points to 43.1. June manufacturing surveys also show continued signs of stabilization. Retail sales are rebounding with numbers up by 17.7 percent.

“It’s likely going to be a slow recovery just because of uncertainty with firms and consumers,” Bauer said. “A lot of it depends on how the pandemic acts in the second half of the year. There are concerns about spikes in some states and a second wave in the fall which may or may not happen. I’m confident things will pick up and that won’t be an issue.”

Deskins said an area of employment that could make West Virginia stand out as a place to relocate to is remote working. According to Deskins, the pandemic showed many jobs typically done in an office setting can be remotely performed from home. Deskins encouraged the state to start tailoring business recruitment efforts to businesses that allow employees to work from home, plus take advantage of West Virginia’s outdoor recreation opportunities aimed at young adults.

“Our Governor is very interested in pursuing this remote-work opportunity we have,” Gaunch said. “We think there is a window of opportunity here that will close eventually, but right now we want to take advantage of the window. We’re developing programs to attract those remote workers here. You’ll see that rolled out in the near future.”