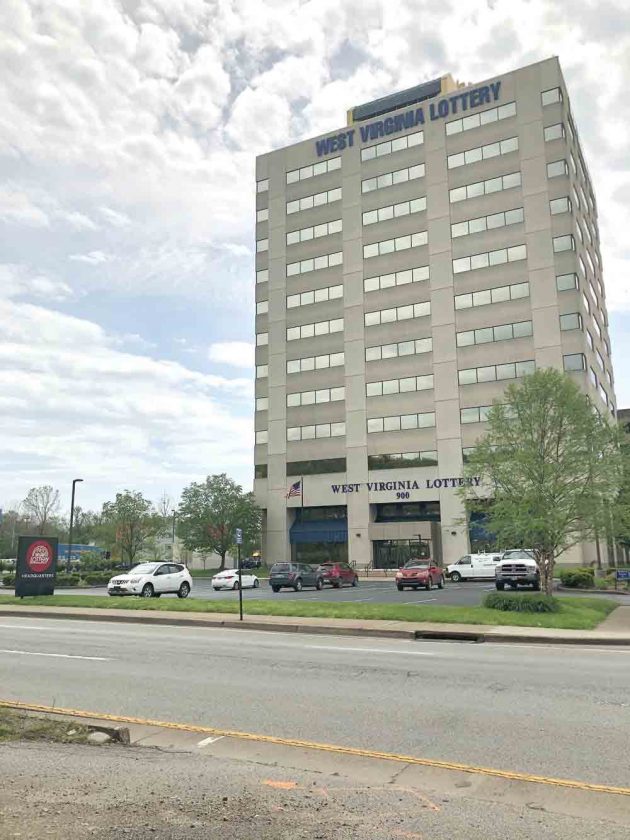 CHARLESTON — With a month remaining in the fiscal year, lottery revenues for May continued a slump due to the coronavirus outbreak.

According to monthly data released by the West Virginia Lottery Commission, lottery revenues were down by 67 percent in May compared to projections. May brought in $28.5 million compared to the $86.5 million projected.

While lottery ticket sales continued at gasoline stations and convenience stores during the nearly two months of the shutdown of non-essential businesses, limited video lottery retailers just re-opened on May 30. In two days, revenue from limited video lottery brought in $3.3 million, a 89-percent decrease from projections of $30.2 million.

West Virginia Lottery Director John Myers told the Lottery Commission during its monthly meeting Wednesday by conference call that limited video lottery revenues for the last two days of May broke all records and revenues between Wednesday and May 30 were $32.6 million.

“Since that time, we’ve had very good play and revenue resulting in the re-opening,” said John Myers, director of the West Virginia Lottery during a monthly Lottery Commission meeting Wednesday by conference call. “Actually, during Saturday, May 30, when we re-opened, we had the highest Saturday we’ve recorded since we started keeping records on that in July of 2008.”

Looking at year-to-date numbers for the last 10 months, lottery gross revenue was down 5.8 percent compared to projections, with revenues coming in at $85.2 million. In the two major funds that receive lottery revenues, the Lottery Fund was up by 4.9 percent above projections for the fiscal year with $122.1 million while the Excess Lottery Fund was down by 17.9 percent with $216.4 million.

West Virginia’s five casinos re-opened on June 5 after Gov. Jim Justice signed an executive order on March 17 closing all casinos and bars. Horse racing at Hollywood Casino in Jefferson County and Mountaineer Casino in Hancock County resumed April 30, but in-person spectators were not allowed. Myers said all casinos had a good opening, though some customers have dropped off depending on the track.

“At the beginning, the pay was very good there, but it has declined some in the period that we’ve been open,” Myers said. “The first week-and-a-half was above average for some of those and depending on the actual track, the revenues even up until maybe three or four days ago have exceeded what they were the previous year. Some of those have dropped off really quickly than the others, but a good opening for the most part.”

Myers also said that there have been no reported cases of COVID-19 at any of the casinos. Guidance for casinos from state health officials included limiting occupancy to 50 percent, using barriers when 6 feet of social distance can’t be maintained, adjusting the layout of casino floors to minimize contact, constant cleaning of video lottery terminals and encouraging customers to make non-cash payments. Casinos also were encouraged to screen customers and check temperatures.

“It’s been a good opening for the most part,” Myer said. “We’ve not had any reports of virus activity come in at this point. We’re very happy to see that some of the guidelines we put in place appear to be working.”

During Wednesday’s meeting, Delaware North, the owners of Wheeling Island Casino and Mardi Gras Casino in Kanawha County, were granted a request by the Lottery Commission to enter into amendments to modify existing financing agreements with its lenders.

Delaware North is receiving commitments from its bank lenders and private note holders for $325 million to help fund the business as it recovers from the economic effects of the pandemic. Borrowings are converting from unsecured to secured to facilitate additional borrowing. Jack McNeill, senior vice president of government and external affairs for Delaware North, said the company is on track to receive similar approvals from other jurisdictions where they operate casinos. McNeill said he was happy to have Wheeling Island and Mardi Gras re-opened.

“We certainly appreciate our being able to open back up,” McNeill said. “We’ve been pleased with the protocols put into place to protect both our employees and, most importantly, our customers.”