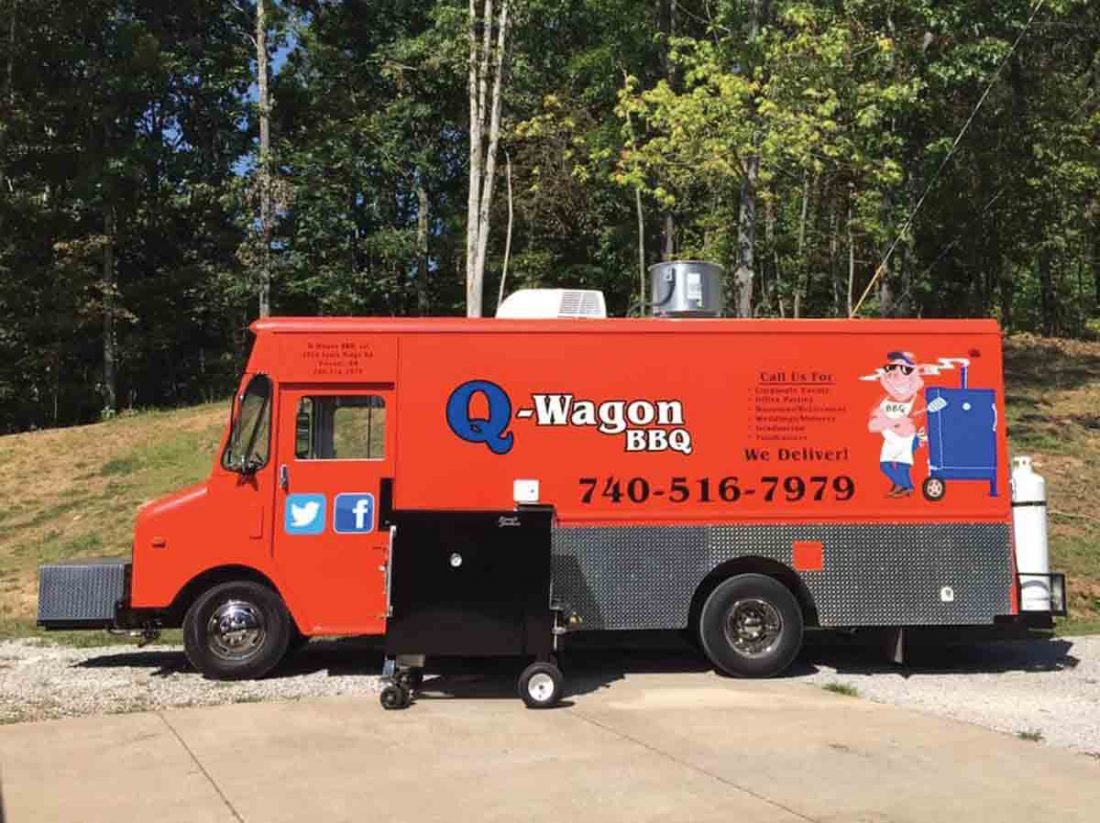 The Q Wagon BBQ food truck is taking the necessary precautions to serve food during the coronavirus. (Photo Provided)

BELPRE — While many scramble to get food on the grocery store shelves, carryout restaurants and fast-food remain available to feed a family.

But there’s a branch out there that is still at the public’s service many might not think of – food trucks.

Bill Richardson, owner of Q Wagon BBQ, says he can feed a lot of people.

“I’ve made up dinner packages at a discount to get food out to the public. It’s not about making X amount of dollars, but getting food out to customers,” Richardson said. “We can survive and make it through this time.”

Richardson said he’s always been focused on sanitary practices and has ramped it up even more so due to the coronavirus.

“We have to stay clean – barbecue tends to be messy. But we are deep cleaning the truck every day and wiping down any place touched by the consumer, especially to the window area,” Richardson said. “We are using a lot of hand sanitizer between exchanges of money and credit cards.”

He said the food truck business has an advantage over stores because they don’t have a lot of overhead and that they are mobile and take food to the people. The loss he has seen is in his catering business.

“We do a lot of schools, banquets, weddings, corporate events, meetings and safety trainings, taking food to plants, and all of that has been put on hold,” he said.

Stationed across the street from the Belpre Post Office, Richardson continues to serve his barbecue options and touting volume discounts.

“The public has rallied around and supported us,” he said.

He said people tend to do their own social distancing while waiting in line and staying away from each other. “We’re just trying to do our part to get through this mess,” Richardson said.

He said supplies are still doing good. “The food suppliers may run out of stuff, but are restocking within a day or two. The food chain supply is not diminishing,” Richardson said.

The shutdown is cause for some concerns.

“I think if it’s only a month or two, its ok, but if it’s longer, bigger employers in the Mid-Ohio Valley will start shutting down or making cuts and then our area would definitely be affected,” Richardson said.

But Richardson is optimistic about the future. “With the economy the way it was, people were wanting to go out and move and do things,” he said. “They’ve been cooped up all winter. I think it’ll bounce back quickly, people are pretty resilient.”

Several food trucks have decided the best thing they could do for now is to close, such as The Sweet Stop truck in Beverly and Two Rivers Bistro Food Truck in Marietta.

Two Rivers Bistro’s owners, Richard Christy and Alex Depue, said they tried to remain open for a while. They did a survey last week to see whether people wanted lunch or dinner, which they have never done before.

“One of the benefits for our particular food truck is we only have two people who handle the food from the very beginning, purchasing, to the actual preparation and serving. It ended up being really slow and with so many people staying in, there isn’t enough need.”

“We’ve decided to close per the Governor’s recommendations and take advantage of our time in other ways, but most importantly staying healthy. We look forward to getting back out there and hope that this passes sooner than later,” Christy and Depue said.