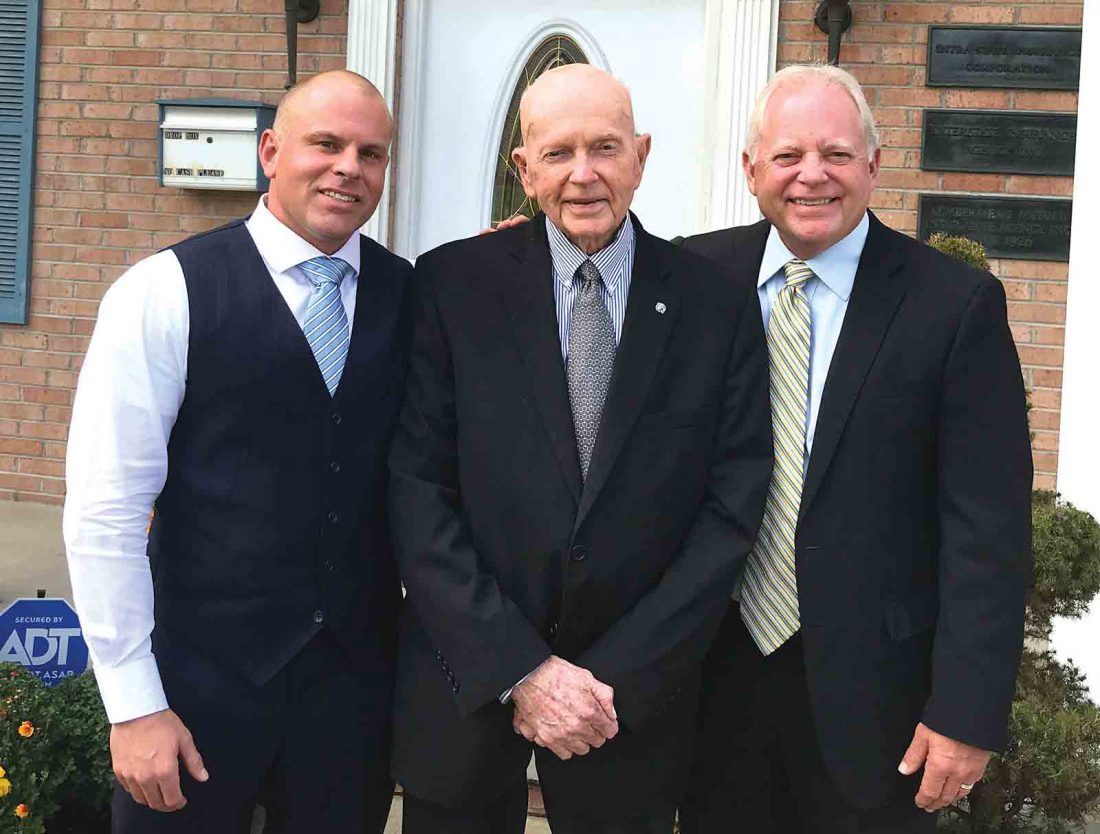 From left are Ryan Fitzer, Fred Fitzer and Eric Fitzer outside the Intra-State Insurance Agency on Rosemar Road in Wood County. (Photo by Paul LaPann)

VIENNA — Ryan Fitzer has become the third generation of the Fitzer family to own Intra-State Insurance Agency in Wood County.

His grandfather Fred Fitzer and uncle Al Hawkins founded the insurance agency in 1983.

Ryan became the sole owner and president of the agency at 1385 Rosemar Road in August.

Ryan, a 1998 graduate of Parkersburg High School, meets once a week with Fred, 93, to talk about life and the insurance industry. Ryan calls Fred his “senior adviser.”

Eric and Hawkins are still involved with the agency, working with clients and advising Ryan.

Ryan was an account executive at Mountain State Blue Cross Blue Shield/Highmark of West Virginia from 2004-2010. He joined Garlow Insurance Agency of Charleston in 2010 as an agent and worked there until he bought Intra-State Insurance Agency this past summer.

Ryan said he is pleased that the staff is remaining with him at Intra-State Insurance Agency.

Intra-State Insurance Agency, an independent multi-line insurance agency, has maintained many of its longtime clients over the past 36 years, Ryan said.

Ryan plans to continue his community involvement in Parkersburg.

He is a certified USA Boxing Coach who has taught the sport and mentored young men in life skills such as credit, applying for loans, job interviews, insurance and any other challenges they were facing. While living in Charleston, Ryan served on the board and was a voluntary coach for Hometown Heroes Boxing.

“Many of the people I grew up with are now living all over the country. My hope is someday this can be an area where people want to come back to. I believe a business has the responsibility to provide a positive impact on the communities in which it operates. We can’t take more than we give.”

The agency has grown over the years and now serves thousands of clients in multiple states, Ryan said.