Pennington to leave The Health Plan 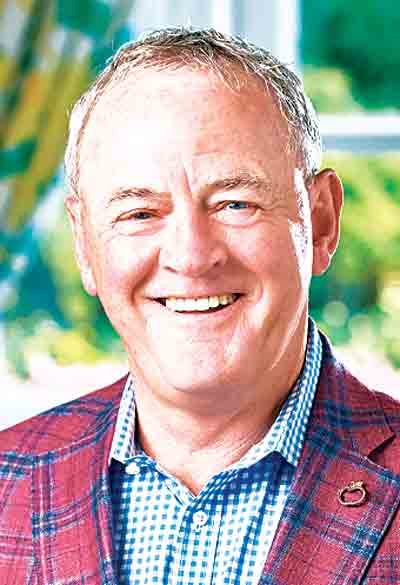 Jim Pennington has announced his plans to step down upon the expiration of his employment agreement at the end of the year.

WHEELING — The president and CEO of The Health Plan in West Virginia is leaving the company.

Jim Pennington has announced his plans to step down upon the expiration of his employment agreement at the end of the year.

A West Virginia native, Pennington has led The Health Plan since July 2014. He catapulted The Health Plan into the national arena of healthcare insurance, significantly expanding the self-funded business during his tenure.

Pennington also was instrumental in moving The Health Plan’s corporate headquarters to Wheeling.

An advocate of health and wellness, Pennington was the catalyst for bringing the first Tough as Nails Urban Challenge to Wheeling as part of the Wellness Weekend in Wheeling that included the Ogden Classic Half-Marathon and 5K.

Pennington was also the lead promoter on bringing the Mountain East Conference Basketball Championships to Wheeling.

“I appreciate the opportunity to come back to West Virginia and lead a dynamic organization,” he said. “It has been my honor to work with The Health Plan Board of Directors, the Executive Management Team and everyone at The Health Plan. I look forward to the next chapter of my life.”

In May, officials at the West Virginia University Health System and The Health Plan announced the formation of a fully integrated healthcare delivery and financing system.

“We look forward to an exciting future for The Health Plan, including working toward a partnership and alignment with WVU Medicine,” John Wright, chairman of The Health Plan Board of Directors, said.

Pennington’s successor will be announced in the coming weeks.

“We greatly appreciate the contributions that Jim has made to The Health Plan and thank him for his excellent leadership and service,” Wright said. “We are sorry to see him go and we wish him the very best. We are certain that the executive management team will continue the smooth operation of The Health Plan after Jim steps down.”