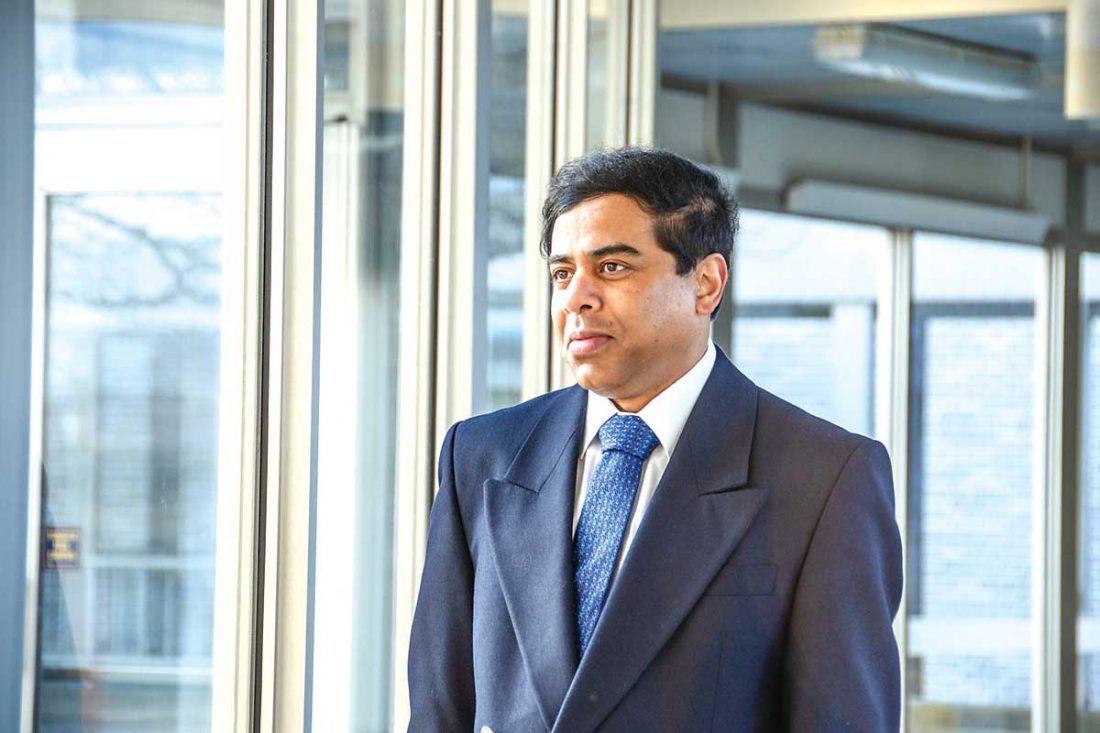 MORGANTOWN — A chemical engineer at West Virginia University is studying how artificial intelligence can be used to prolong the boiler life in coal- and natural gas-fired power plants.

Because of frequent and rapid loading, power plants are subjected to excessive creep and fatigue damages, which often lead to the failure of critical boiler components, Bhattacharyya said. This causes power plants to inefficiently operate, he said.

In a power plant, coal or natural gas is burned to produce steam that runs a turbine to generate electricity. A boiler incorporates a furnace to burn fuel and generate heat, which is transferred to water to make steam.

“The boiler is at the heart of the power plant,” Bhattacharyya said. “During startup, the boiler is gradually heated up increasing the steam temperature and pressure to their nominal values.”

With power plant boilers, there’s a lot of starting up and shutting down.

Depending on the length of the idle time before the startup is initiated, startups can be categorized as hot, warm or cold startups. Cold startups can cause significantly more damage to the boiler health in comparison to hot or warm startups. During shutdown, the boiler is gradually cooled and the steam pressure is decreased.

Many power plant boilers start up and shut down hundreds of times a year.

This is where artificial intelligence can help by predicting the behaviors of the boilers and learning the inner workings of the system, Bhattacharyya said.

“AI models will be used to describe the complex phenomena in the boilers that are time-varying,” he said. “For example, external fouling of boiler tubes by fly ash and slag is an extremely complex phenomenon being affected by various operating conditions such as the gas flow field, coal and ash particle shape and size distribution and hardware design.”

A tool to monitor the online health of the boiler can be developed to understand the impacts of load-following and can eventually help plants develop advanced process control strategies for improved flexibility, higher profitability and reduced forced outage without compromising safety or reliability, Bhattacharyya said.

“As the system learns, it eventually keeps improving the estimation accuracy,” he said.

The project is part of a larger initiative from the Energy Department’s Office of Fossil Energy that allocated $39 million to 17 research projects aimed at improving the reliability, performance and flexibility of the nation’s existing coal-fired power fleet.

Bhattacharyya’s model will be tested at Barry Power Plant, a coal- and natural gas-fired power plant in Alabama.

“Even though each boiler is different, the framework proposed can be readily adapted to the monitoring of practically any power plant,” he said. “A key goal of the project is to develop the framework so that it is easy to understand and implement for broader acceptability by and applicability to large number of power plants.”