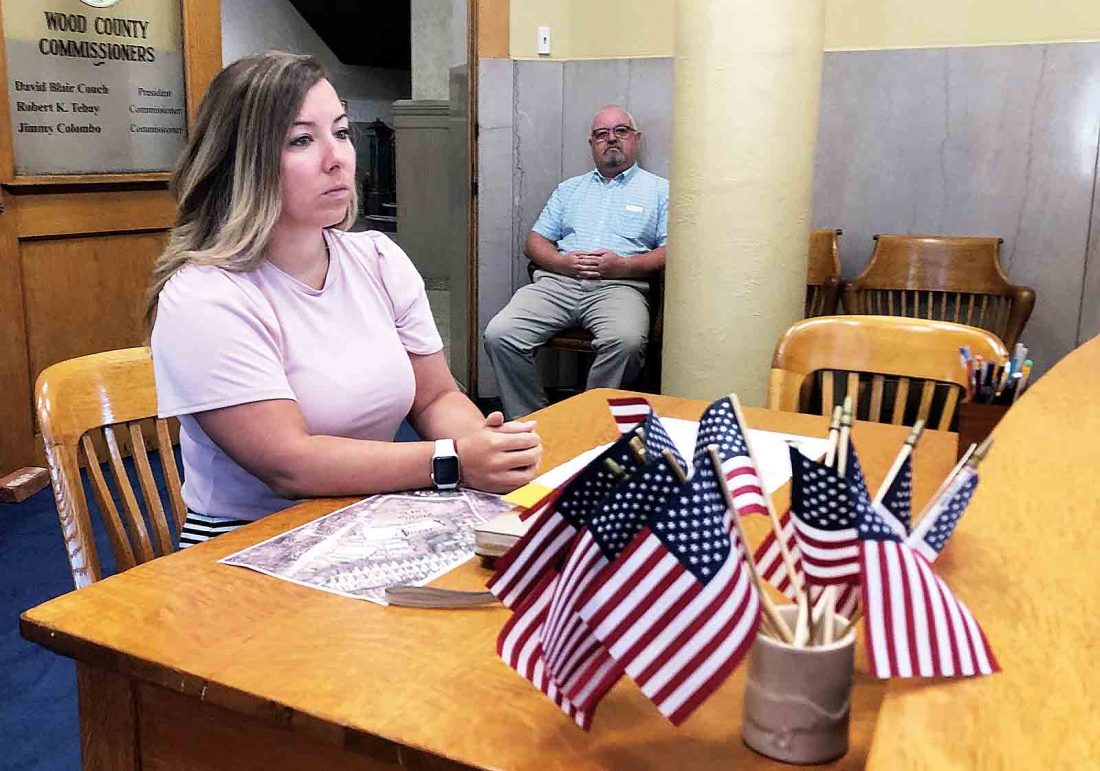 PARKERSBURG –The Wood County Commission is interested in forming partnerships that could lead to the construction of a spec building that could be marketed for potential business development.

“This grant will go to economic development efforts as part of our general fund,” she said. “All of the counties can apply for it and I assume most do.”

The grant led to conversations about economic development in the area, including Hino Motors taking over the former Coldwater Creek facility in Mineral Wells. However, having the former Walker Manufacturing building in Williamstown was important when Hino first came to the area and operated for years.

“They were looking for an immediate move-in,” Commission President Blair Couch said.

The company was able to buy the building from the Wood County Development Authority and operated there for around 10 years. Hino was able to acquire the former Coldwater Creek facility, invest money in it and set up operations there which has led to more employment.

“They made the investment to turn it around,” Couch said. “It is nice to have buildings so we can attract business.”

One of the reasons Hino stayed in the area is the workforce where they could find good skilled labor who would stay with the company, based on their success in Williamstown, officials said.

“They already knew us and what kind of workforce they would have,” Couch said. Hino recently announced it would be adding 250 jobs (for the paint and welding areas).

Commissioner Jimmy Colombo asked if development people around the state were looking at doing spec buildings to possibly bring in business.

Piersol said such buildings were being done in Wyoming County, Huntington and elsewhere.

“If you are going to do a spec, you need to do one with significantly higher ceilings, because every year they seem to be teetering upward,” she said.

She has had people looking for 16-22-foot ceilings for different needs.

“You need to be able to accommodate whoever comes,” Piersol said.

Colombo asked how different areas pay for such buildings.

Piersol said some work with a consortium of banks; others are able to secure loans.

She said none of the local bankers she has talked to about it were opposed to exploring the idea.

“It would just have to be the right location and the right size,” Piersol said.

Colombo said any site would need to have utilities in place.

“You can’t have a building without the utilities,” he said.

Piersol said many developers won’t build a facility unless they have a buyer or tenant in place. However, many companies are looking for something that is ready to move into immediately and will pass by an area if that is not already in place.

“They want to move in quick,” Couch reiterated.

Any potential site for a spec building would need to have utilities in place and access to I-77 or U.S. 50, Piersol said.

Colombo said there are some areas where it could take 2-3 years to get utilities in place.

“It would have to be a strategic placement,” Piersol said.

The former GE site is being put up for sale, but due to its location, the cost of the land would be a lot, Couch said, adding the airport’s industrial park has reached its space limitations.

Piersol said she would start looking at pricing for a variety of spec buildings as well as identify land it could be placed on.