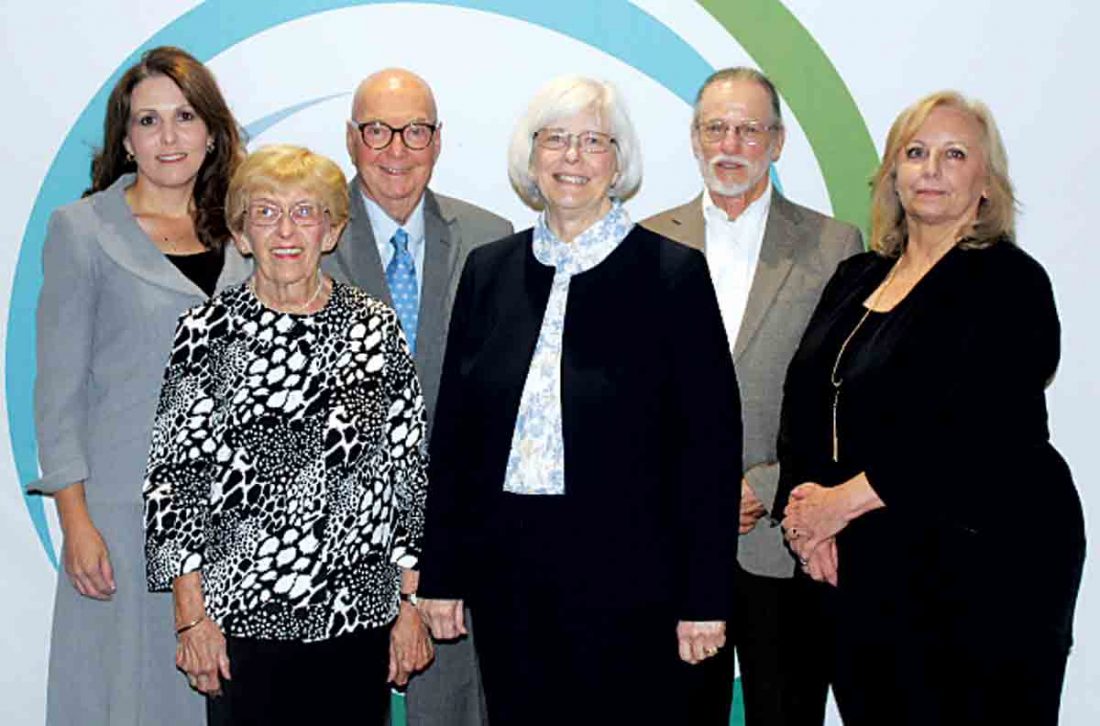 Two awards were presented this year, the Ben M. Herbster Award to donors and the Spirit Award to volunteers.

Roger and Sally Roberts, residents of Glenwood Community, and the late Phyllis Buckley Ayers received the Ben M. Herbster Award for their financial support of Glenwood and Harmar Place, respectively.

The Robertses have lived at Glenwood since July 2010. They were instrumental as liaisons between Marietta Memorial Health System, United Church Homes and Glenwood residents when UCH merged with Glenwood in 2016.

More recently, they spearheaded an effort to establish an endowment fund for Glenwood, which will be administered by United Church Homes to benefit Glenwood for years to come.

Ayers was a resident of Belpre and 91 at the time of her passing on Nov. 1, 2016. Prior to her passing, Ayers regularly visited Harmar Place as her brother, Howard, was a resident there. She was pleased with the care provided to him and became like family with staff.

After her death, Harmar Place learned Ayers made a generous estate gift to the community, totaling over $90,000. With the gift, Harmar Place purchased a new bus to transport residents to medical appointments and on activities trips.

When Sutton moved to Glenwood, she found great interest among residents in starting a bell choir. She now leads a bells group that has been making music for about four years.

Sutton also crochets lap blankets and donates them to local causes, such as Strecker Cancer Center at Marietta Memorial Hospital.

“What an honor it is to be rewarded for something you really enjoy doing,” Sutton said. “The staff at Glenwood creates opportunities to live a full and enjoyable life. … Adventures abound at Glenwood. I’m really thankful to be in a place where I can be active in many ways.”

Carr’s first involvement with Harmar Place was as a trustee of Marietta Memorial Health System. He became more involved with the compassionate services provided when his mother moved to Glenwood Community.

Over many years, Carr’s mother transitioned from Glenwood to the Pines Assisted Living and then Harmar Place. She spent her final years in the Haven memory care neighborhood at Harmar.

In addition to thanking these outstanding individuals, more than 110 donors and volunteers attended the event. Gloria Hurwitz, vice president of advancement and communications, praised them for living the United Church Home mission, vision and values.

“Your gifts transform aging by helping us build a culture of community, wholeness and peace,” she said. “Your advocacy for the residents and families we serve at Glenwood and Harmar Place makes a huge difference in their lives, each and every day.”

In 2018, over $140,000 in donations, including charitable estate gifts, were invested at Glenwood and Harmar Place.