Photo by Janelle Patterson Matt Joy, left, looks over kitchenwares on Black Friday with his sons Joshua, center, and Isaac, right, at Big Lots in Marietta. 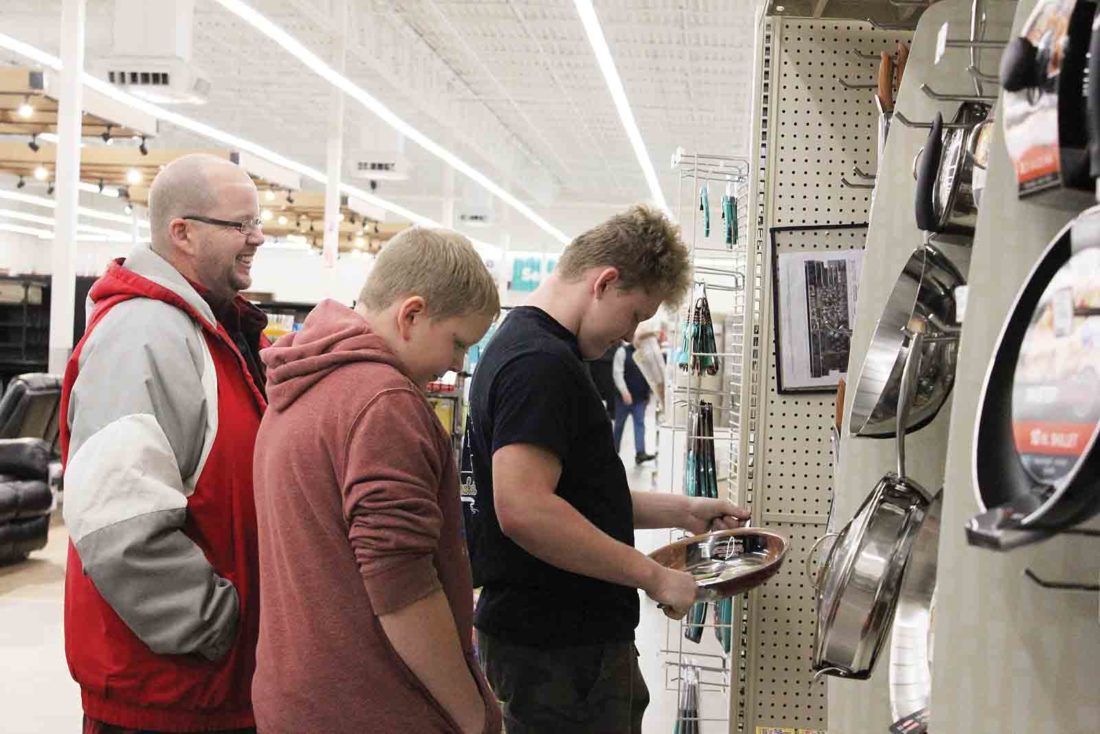 Photo by Janelle Patterson Matt Joy, left, looks over kitchenwares on Black Friday with his sons Joshua, center, and Isaac, right, at Big Lots in Marietta.

MARIETTA — Shoppers took advantage of deals and steals both in the evening after Thanksgiving meals Thursday and into Black Friday’s morning.

“It was crazy last night,” said Yvonne Fox, of Marietta.

Fox is a store associate with Big Lots, and was thankful to have the new space in the former Food for Less building at the corner of Pike, Greene and Seventh streets for this year’s holiday shopping rush.

The furniture and home goods store moved this year from its location in the Bridgeport Equipment shopping complex at the corner of Acme and Pike streets further into Marietta’s downtown.

“Most popular is probably the recliners and then toys,” said Fox, though noting deals on electric fireplaces and mix-and-match electronics, too. 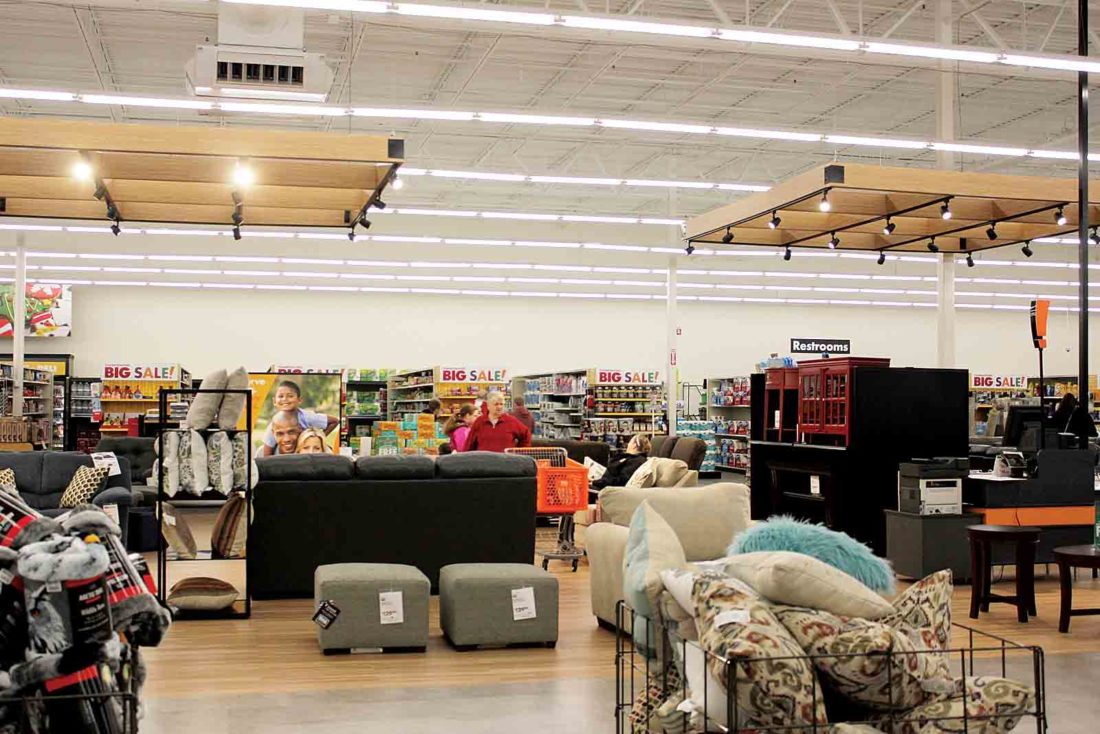 Some shoppers were out on a mission Friday to get specific gifts or shop for a special family member; others were out just to browse, catch some deals on Christmas decorations and spend time with siblings.

“Josh came up with this four years ago that we’d get up and go shop for mom,” explained Matt Joy, of Williamstown, as he took his sons Joshua, 12, and Isaac, 15, shopping Friday. “She has to work and I get the day off so it’s our tradition to go.”

Joshua said he was selecting cozy gifts for his mother, while Isaac was still undecided as they searched.

Meanwhile, others had eyes on Secret Santa deals and gift exchange ideas.

“We’re not looking for anything specific, though we do have a bulleted idea list,” said Beth Ann McGinnis, of Chesterhill.

In a lull at Hibbett Sports in Marietta, Store Manager Joe Fleegle, of St. Mary’s took stock of the holiday shoppers and dreamed of his wish list gifts.

“We’ve had people in spurts in and out but it’s not been crazy here,” he said. “Shoes are what they’ve come in for the most.”

He said he’s kept an ear out for ideas for the wife and kids, all while eyeballing his top choice, too.

“That new Galaxy smartwatch, it’s a little more durable and I could wear it to work,” he explained.

But shoppers weren’t just visiting box stores and chains for their holiday shopping, there were those loyal to the smaller businesses in the Mid-Ohio Valley.

B&W Pharmacy in Beverly saw shoppers in a constant stream, as construction of the gift shop continued to show progress with walls rising.

In August the pharmacy and gift shop’s front half of the store roof collapsed in the middle of the night, leaving no one injured, but the shop’s merchandise consolidated into the back of the building’s space.

“We’re hoping late winter or early spring for it to be done,” said Sue Combs, pausing from counting sales Friday. “It all depends on the weather.”

Combs said gift items were moving off the shelves quickly at the Beverly store, and that the 40 percent savings would continue into the rest of the weekend.

Of course, with just about 30 days left until Christmas this year, there’s still time to get in shopping both at the large stores, online and downtown with shopping events in Marietta lining up including: