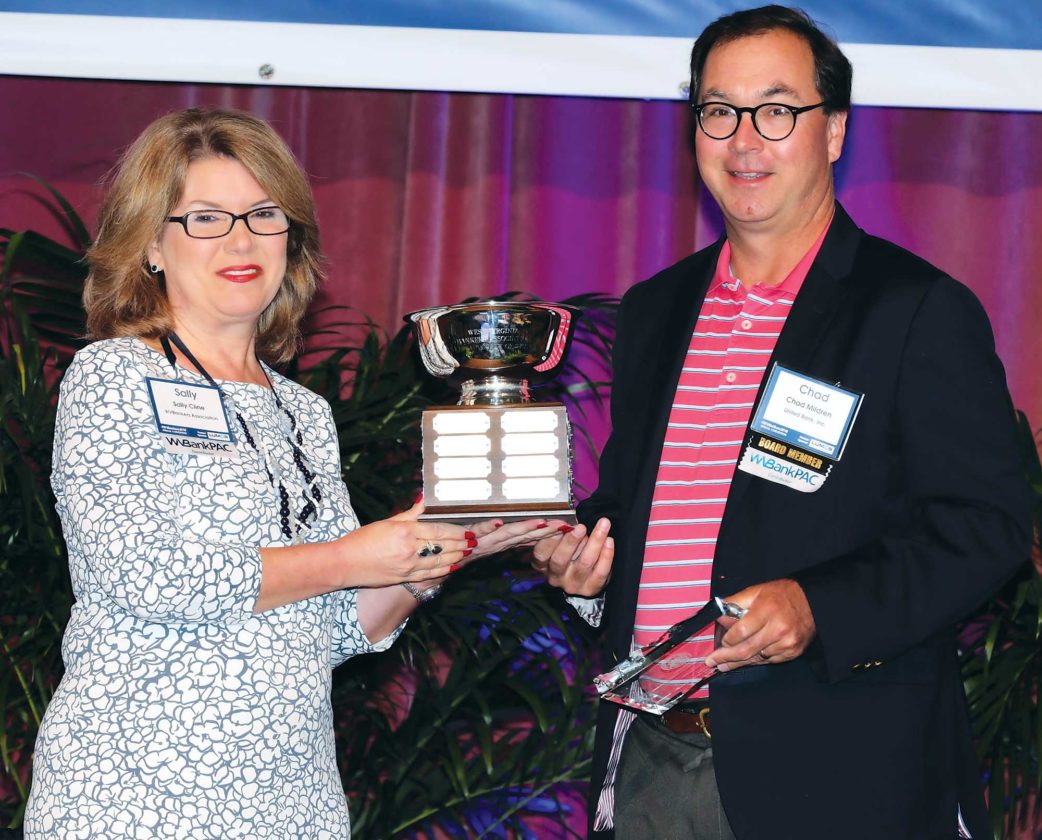 PARKERSBURG — United Bank has been named the 2018 Bank Advocate of the Year by the West Virginia Bankers Association.

United Bank Chief Consumer Banking Officer, Chad Mildren, who led bank-wide initiatives, also was recognized as the 2018 Individual Banker Advocate of the Year by the association.

As a subsidiary of United Bankshares Inc., the largest publicly traded company headquartered in West Virginia, United Bank is committed to the economic growth of the state and supports initiatives that allow banks to better serve their communities, according to Richard Adams, United chairman and CEO.

“No industry is more important to the economy and communities across the country than the banking industry. In communities large and small, banks support local organizations, economic development, the arts, education and many other areas that strengthen our state,” Adams said. “We are honored to be recognized for our commitment to bank advocacy and the successful leadership of Chad Mildren.”

Starting at the grassroots level, Mildren coordinated and implemented a bank campaign that engaged United’s senior-level employees. Employees worked with state and federal decision-makers and leaders to advance business and economic growth in the state, with a goal of enhancing the vitality of West Virginia.