Photo by Chad Plauche-Adkins Fresh baked loaves of bread were waiting to be bagged for sale at Palmer Market Square in Washington County.

Photo by Chad Plauche-Adkins The bakery and deli are the centerpieces of the Palmer Square Market in Washington County. 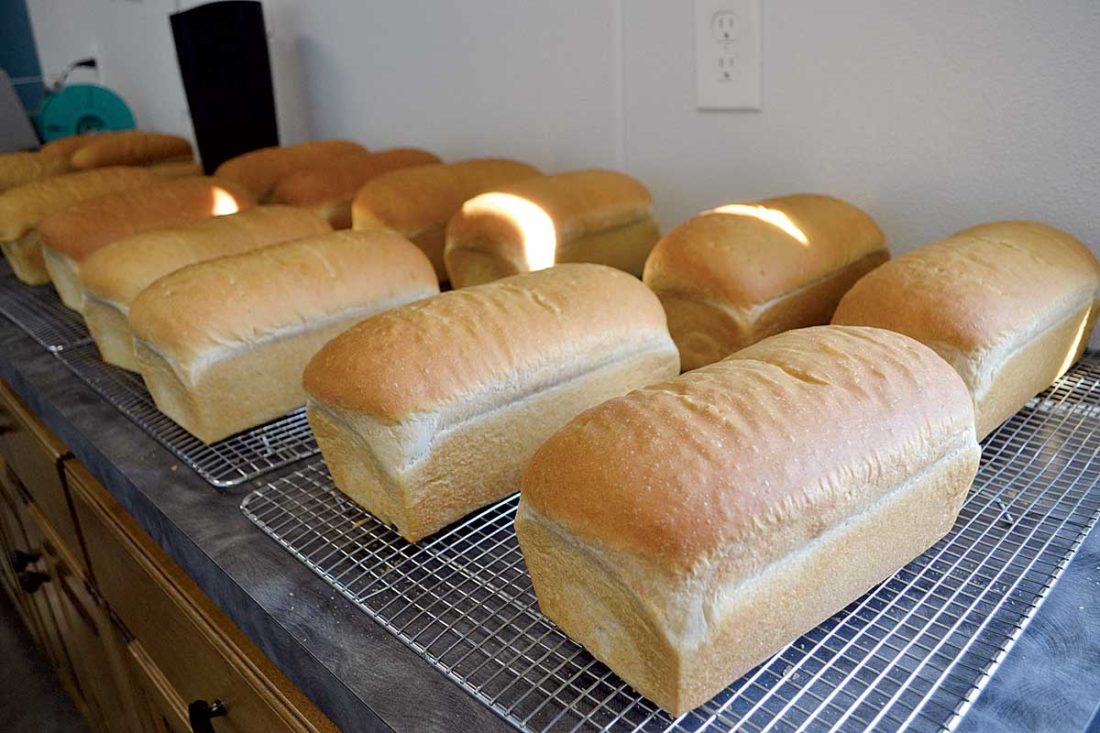 Photo by Chad Plauche-Adkins Fresh baked loaves of bread were waiting to be bagged for sale at Palmer Market Square in Washington County.

PALMER TWP.–When Caleb Miller moved to the area after being a farmer in Sugarcreek, Ohio, he had no idea he would be opening a market within two years.

“My wife had worked in a store before, but I had no experience in the retail food business,” Miller said.

Despite his lack of knowledge about the business of selling food, on May 16 Miller opened the Palmer Square Market on Ohio 676 in Washington County.

It’s nondescript exterior and its location in the heart of a rural area may not catch everyone’s eye, but its snack mixes, pasta, flour and baked goods brings in the customers, he said. The Palmer Square Market specializes in baking supplies and baked goods that can’t be found at the larger chain outlets.

“We buy everything in bulk and repackage it,” Miller said. “Our customers have told us they are thankful for us because they don’t have to travel all the way to Holmes County to find the products we have.” 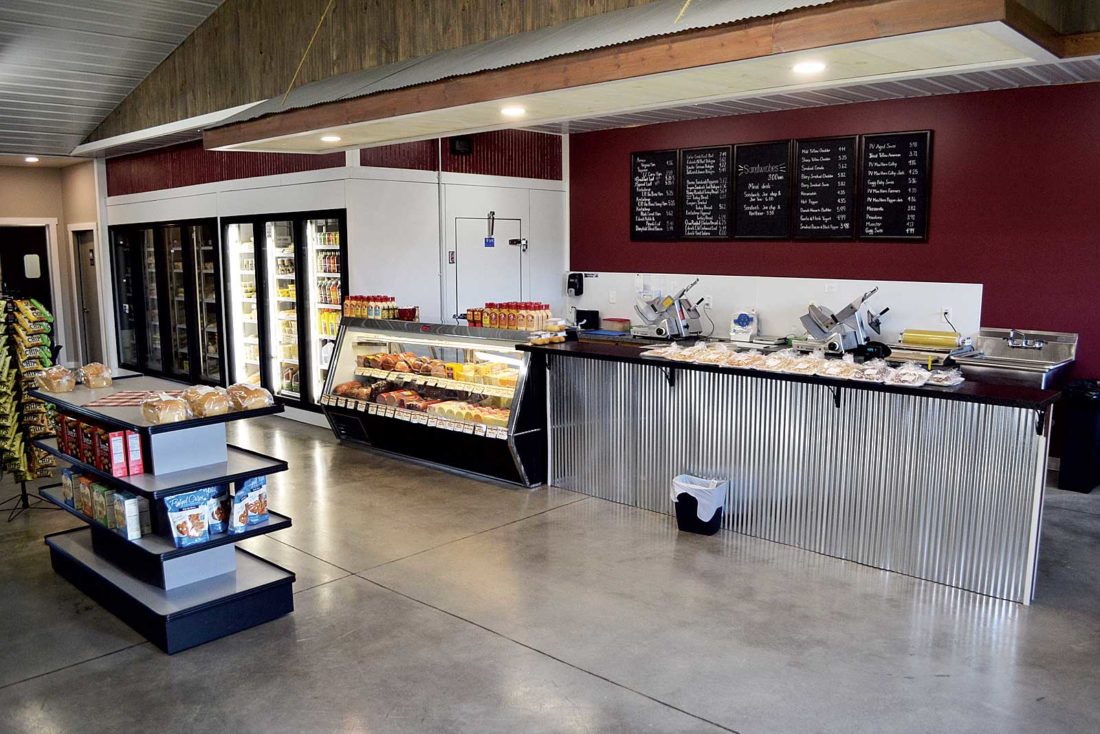 Photo by Chad Plauche-Adkins The bakery and deli are the centerpieces of the Palmer Square Market in Washington County.

The aroma of freshly baked bread permeates the market, which has both a deli and bakery.

“We have a wide variety of meats and cheeses for our customers to choose from,” said Miller.

And using his wife’s recipe, the market bakes fresh loaves of bread at the on-site bakery. Besides bread, the market’s bakery offers a wide variety of treats.

“We make an average of about 40 dozen cookies a week right now,” said Charity Coblentuz, an employee who works in the deli and bakery.

That number doesn’t include the dozens of pepperoni rolls the market makes from scratch as well.

The Palmer Square Market is drawing the attention of the area’s senior population.

“Around 75 percent of our customers are older,” Miller said.

Miller equated this to the nostalgia older customers feel coming to the market. Their ability to remember a time when a person would walk to their neighborhood store not only to purchase things they needed, but to interact with other people in the community is the flame that draws their inner moth, he said.

“(Seniors) like the look and feel of the market,” Miller said.

Also harkening back to yesteryear is the fact that the Palmer Square Market is family owned and operated. On any given day you will see not only Caleb at the store, but also his children and wife helping to make sure the operation runs smoothly.

“We wanted to start a business with the family working it in mind and to be an asset to the community,” Miller said.

The idea of a family owned business also appeals to Caleb’s teenage son, Lavern. Even though he works a steady schedule at the market for his family he still describes the experience as “fun.”

The Palmer Square Market may be a slight drive for most residents of Washington County but Miller said that hasn’t stopped customers coming from as far as Belpre to browse the market’s variety of products.