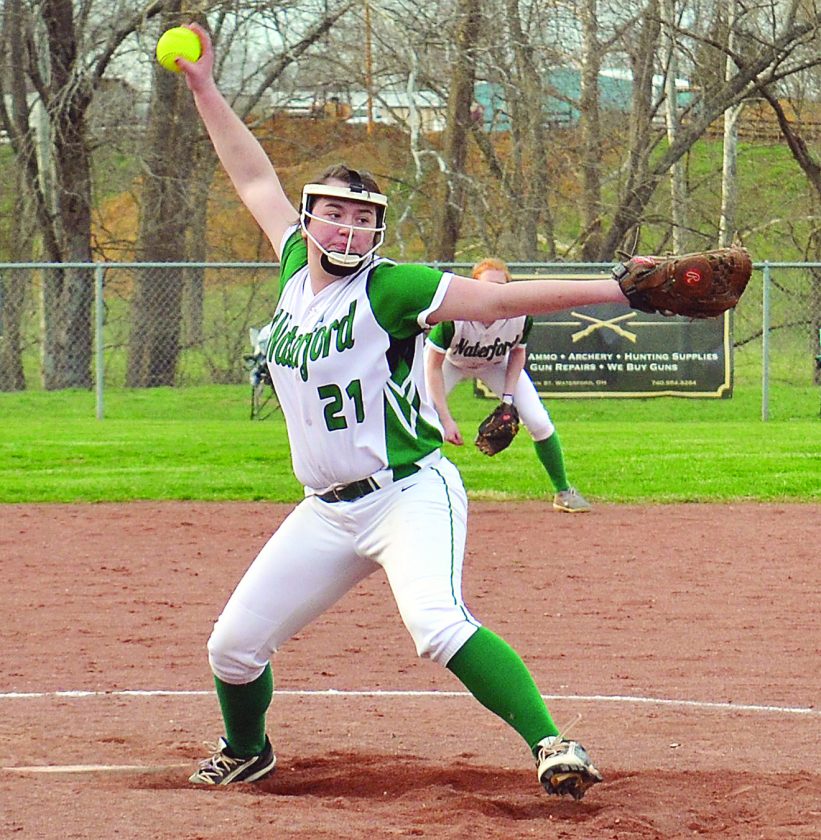 RIO GRANDE, Ohio — Despite being a young team, Waterford softball belongs right where it is — playing for a district championship.

The Wildcats, now 19-5 overall, are scheduled to play the 21-1 Notre Dame Titans at 1 p.m. at the University of Rio Grande Saturday in a Division IV district final. With just three seniors on a roster loaded with sophomores and freshmen, some may be surprised at Waterford’s success this season. Head coach Doug Baldwin is proud of the way his team has performed.

“They’ve proved to themselves they can get to this level. They’re not done. They don’t want to be done. Hopefully they come out and play their best game. I’m very proud of these girls.”

The Wildcats claimed a walk-off 4-3 win over Manchester in Thursday’s semifinals. Alayna Jones stole second and forced an errant throw to advance to third before coming in to score on Riley Schweikert’s game-winning single. That kind of offensive pressure will be key for the ‘Cats against Notre Dame, which likely will throw standout pitcher Cassie Schaefer.

“We need to take advantage of every at-bat,” Baldwin said. “When we get runners on base, we need to do what it takes to get them in scoring position and get key hits.”

Behind Schaefer, the Titans blanked South Webster 6-0 in their semifinal.

“They’re a good, solid ballclub,” Baldwin said. “They’ve been in the district finals numerous times and have a history of being in the state tournament.

“They have a good pitcher, good defense behind her. They’re just a good ballclub all around.”

Schweikert led the Waterford bats, going 3 for 4 with a double and two RBIs against Manchester. She’s been swinging a hot stick of late for the Wildcats.

“Offensively, she’s worked hard every day to be where she’s at,” Baldwin said. “At different times she’s struggled, but she never gives up. The last two games she’s had some good contact and took advantage of her opportunities.”

“Her strongest attribute is her play at first,” Baldwin said. “She makes plays when we need them. She’s been a mainstay at first.”

Expect a combination of Emma Baldwin and Adah Smitley in the pitcher’s circle. Baldwin pitched five strong innings versus Manchester before Smitley took over and fired two innings of relief to earn the win.

“(Emma’s) been pretty consistent for us,” coach Baldwin said. “If they start hitting us, we’re very confident in Adah Smitley. We’ll go with them until we feel like they’re not being effective.”

Elsewhere around the diamond, look for Denise Young at catcher, Brier Offenberger at second base, Marissa Neader at shortstop, Jones at third, Sydney Huffman in left field, Cara Taylor in center field and Mackenzie Suprano in right field.