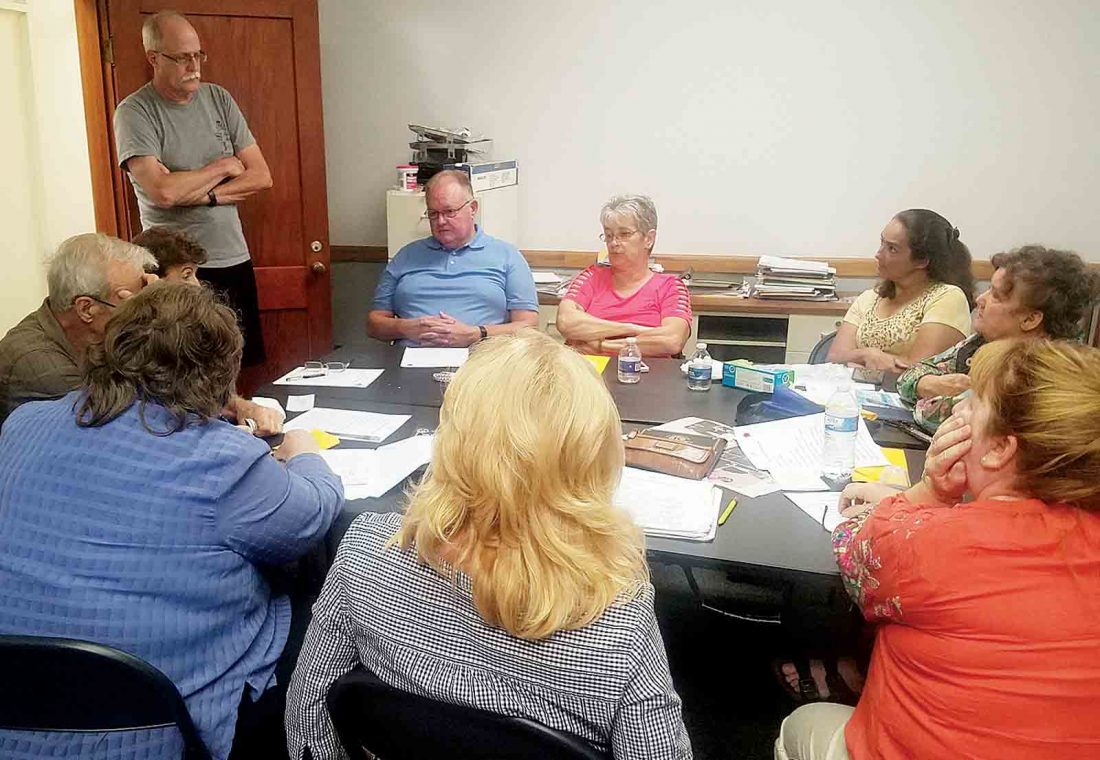 WILLIAMSTOWN — The Bee City USA Committee finished removing all unwanted weeds and plants from the Armstrong Garden, according to committee president Marty Seufer.

“We had a great turnout of volunteers to help clean up the garden,” Seufer said.

The plants that still remain are all pollinator friendly and will be harvested for other planters, Seufer said.

The topic of discussion among the committee Tuesday was what to plant in the garden. The committee wants to keep the area along the fence free of planters fabric so pollinators can tunnel in the dirt, and plant sunflowers in that section.

“We might be called a Bee City, but our mission is pollinators,” Seufer said.

For the rest of the sections, the committee wants as many native plants that will continuously produce nectar.

This summer there were a few calls about swarms and how to handle them, but a few times they were not swarms at all but a few bees wanting water, Seufer said.

“We are working with the Wood County 9-1-1 Center to direct calls for bee swarms to local beekeepers rather than to the fire departments, which kill the bees,” Seufer said.

Seufer said that differentiating swarms from a few bees is among the things the committee wishes to teach the community about bees.

A multiple speaker series will be in late October, and will be focused on bees and beekeeping. According to Seufer, other speaker series topics could include butterflies, how to create a pollinator garden and other educational topics.