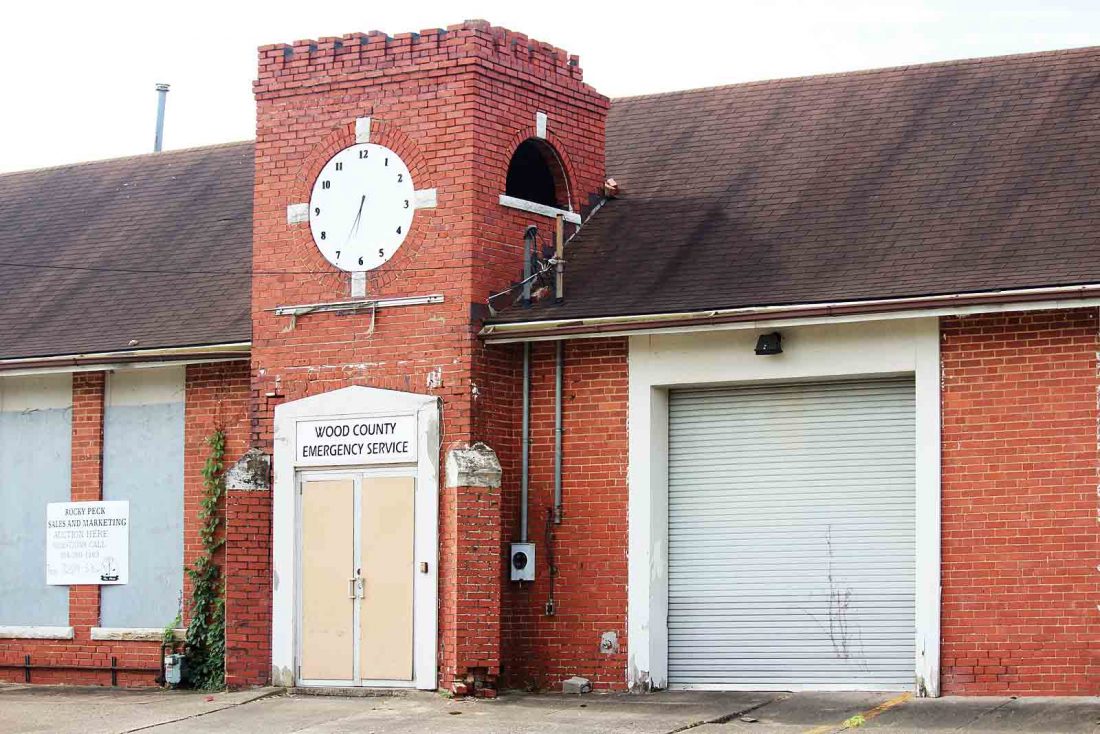 Photo by Michael Erb A plan to auction the former Wood County Emergency Services building on Staunton Turnpike may be placed on hold after Wood County Schools officials discovered the building is already in use by Holiday in the Park.

PARKERSBURG — A plan to sell a Wood County Schools property on Staunton Turnpike may be reconsidered after officials realized the building is already in use by a community organization.

Wood County Schools Superintendent Will Hosaflook told the Wood County Board of Education Tuesday he may ask for a special meeting to decide what to do with the building. The structure, which was formerly used by Wood County Emergency Services, is under an agreement with Holiday in the Park, which annually displays holiday lights in City Park.

The structure was given to the Wood County Commission years ago, but with a provision if it stopped being used it would revert to the ownership of Wood County Schools. Since then, the property was deeded back to the school system, but a previous agreement with the commission allowed for the building to be used by Holiday in the Park.

The school board is looking to reduce the number of buildings owned and paid for by the school system to help save money. Officials already are considering the closure and consolidation of several schools and has been looking at ways to reduce facility costs.

The building was set to be auctioned July 25, but Hosaflook said the board might explore other possibilities.

“This is an organization that helps our community out, that provides a good service to the community,” Hosaflook said.

“We’ve had that building forever,” she said.

Wilcox said she believes the building could be signed over to Holiday in the Park, and expects the board will call a special meeting in the coming week to address the situation.