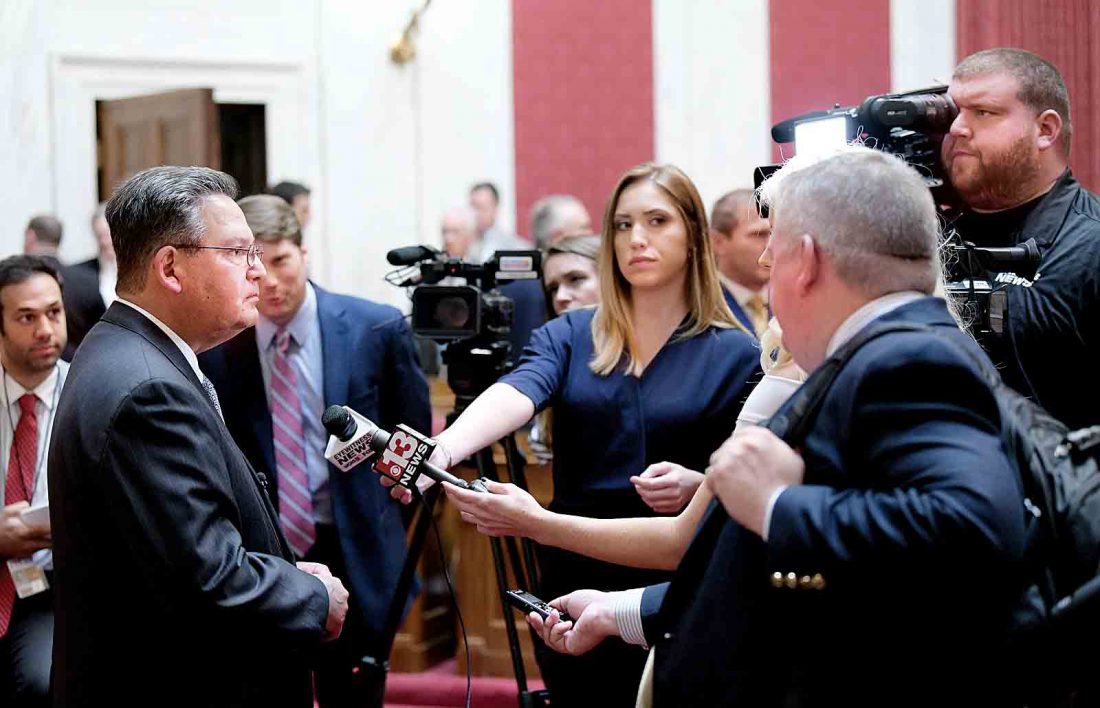 CHARLESTON — The third time could be the charm with the passage of the House of Delegates’ education omnibus which allows for three charter schools every three years after three groups — the House, the Senate and the governor — came to an agreement.

The Senate is expected to return to Charleston early this week and pass House Bill 206, a 144-page education reform package that includes much of what the Senate passed in Senate Bill 1039 — the Student Success Act — on June 3.

The House passed HB 206 Wednesday — the day before West Virginia’s 156th birthday — after a three-day resumption of the special session starting June 17.

“I think it’s a big win for not only traditional public education, but parents and children who certainly have expressed an interest in having some of the same educational choice option that are prevalent across the country,” said Delegate Paul Espinosa, R-Jefferson, the House majority whip and the acting House Education Committee chairman. “Based on some of our very preliminary discussions with the senate, I think they seem reasonably supportive.”

HB 206 is a hybrid bill, including provisions the House, the Senate and Gov. Jim Justice agreed on and carried over from the original education omnibus bill — Senate Bill 451 — that died in the House on Feb. 19 during the 2019 regular legislative session. 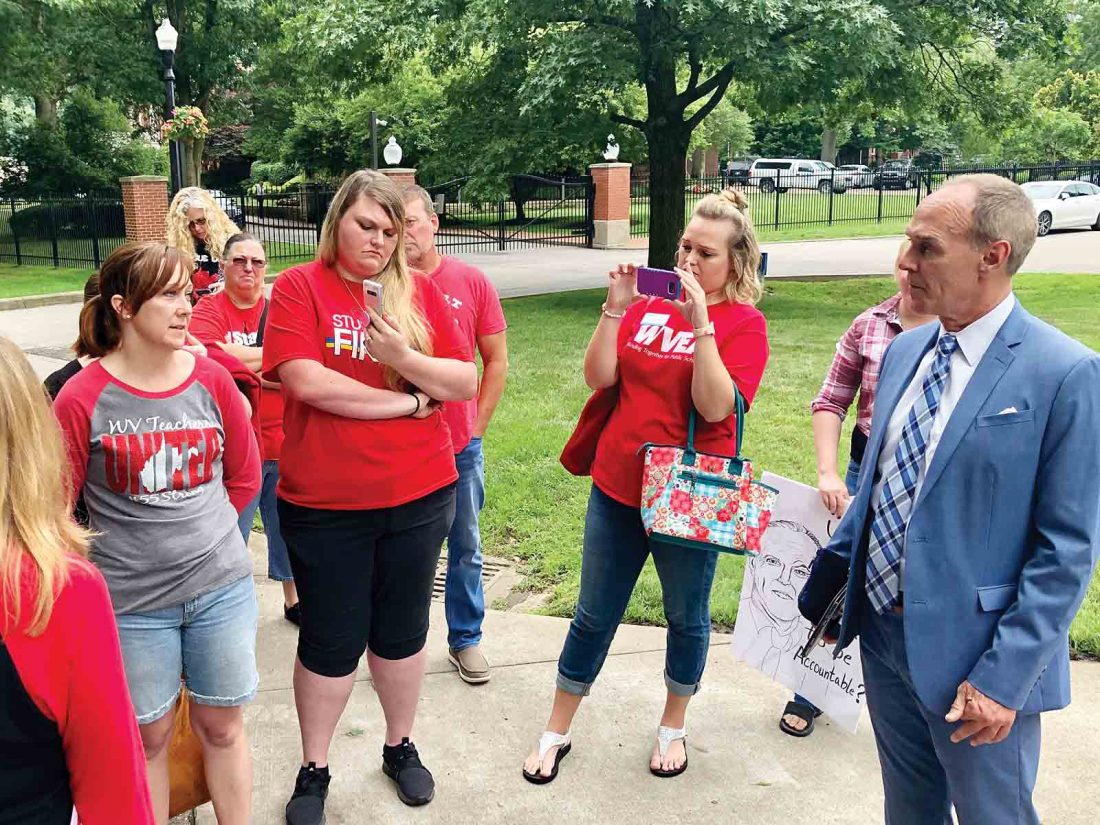 Agreements centered around giving counties additional funding, freedom from state regulations and flexibility to try new approaches, providing increased pay to school employees, additional salary steps to math teachers and allowing counties to pay more to lure in teachers to high-need subjects or rural areas of the state and $24 million to provide more access to mental health professionals in schools.

The disagreements, however, have mostly focused on provisions to discourage strikes, changing how reduction in force decisions are made, allowing for education savings accounts and creating the state’s first public charter school system.

Almost all the provisions causing disagreement are gone, but charter schools remain in the bill. The compromise between the Senate, the House and the governor in charter schools has been a journey.

The key word in a charter school is “charter.” In the House bill that passed Wednesday, a combination of parents, community members, teachers, and school administrators would apply to their county board of education after forming a non-profit entity. The school board, after reviewing the application, would authorize — or charter — the new school. 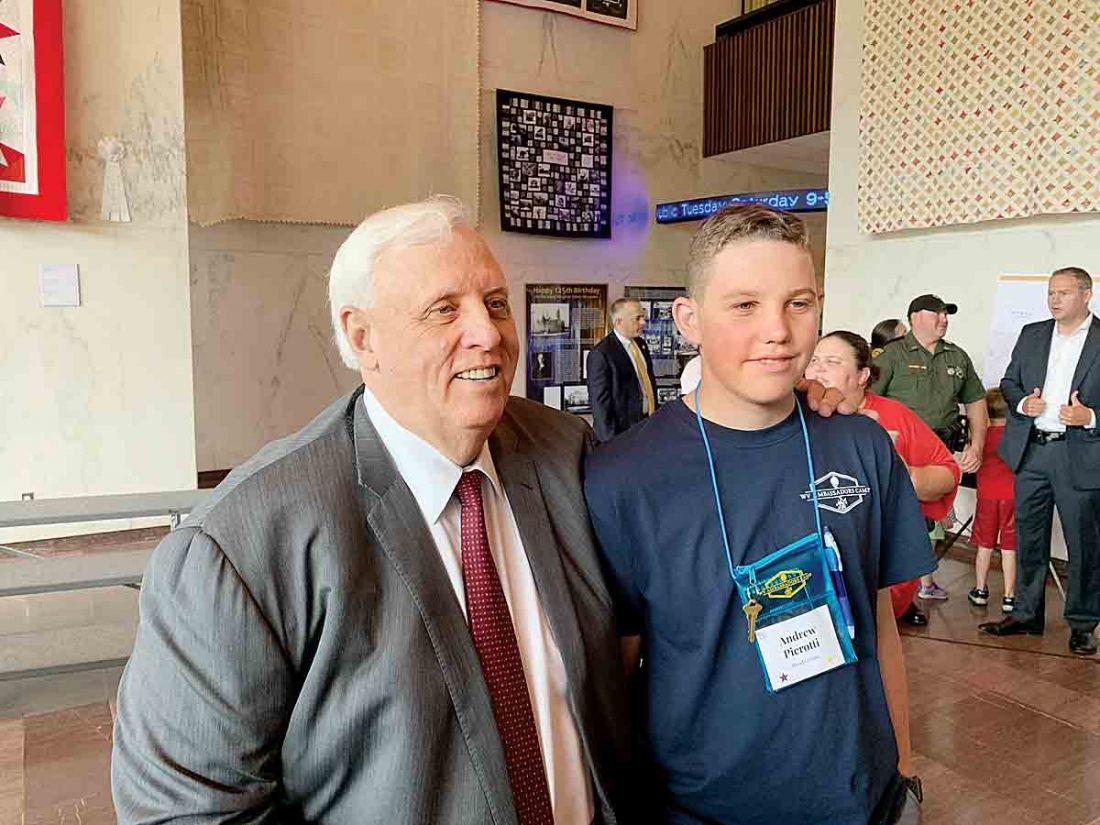 The authorized school would be free from many of the rules and regulations in state code, giving them the freedom to try new educational approaches, curriculum, calendars or focus on certain areas, such as college preparation or science, math or the arts. In this freedom, the schools are still public schools and would still answer to the county boards and the state Board of Education for student performance standards. If the school is not following its charter, it could be shut down.

Charters have been talked about and considered in the Legislature since 2010, but the Senate unveiled an originating bill Jan. 24 in the Senate Education Committee that included charters. SB 451, when it passed the Senate Feb. 4, included an unlimited charter school program.

The House made substantive changes to SB 451 when it passed the Senate bill on Feb. 14, including limiting charters to a pilot program by allowing the conversion of two low-performing elementary schools. The bill went back to the Senate and on Feb. 18 the Senate amended the House version to return the charter provision to a full program of seven schools, allowing two schools to be created per year and one being for at-risk youth.

Feb. 19 kicked off a two-day strike by unions representing teachers and school service personnel. Senators openly bragged about having enough votes in the House to pass the updated SB 451, but that was not to be. When the bill returned to the House, a motion was made to postpone the bill indefinitely — an effort to kill the bill.

That motion passed 53-45 in a House made up of 59 Republicans and 41 Democrats. Of the 53 members who voted to kill the bill, 12 were Republicans. SB 451 was no more. Its death also killed a 5 percent pay raise for teachers and school services personnel promised by the governor in an October press conference.

Justice wanted a stand-alone pay raise bill, which the House passed but the Senate refused to take up. With an impasse between the legislative and executive branches, Justice called for a special session on education betterment to start as soon as the regular session ended March 9.

After weeks of town halls, roundtable discussions, phone calls, emails, and surveys, the Senate resumed the special session June 1 after unveiling a new education omnibus bill — Senate Bill 1039, or the Student Success Act. In many ways it was a clone of SB 451, including a new public charter school proposal.

Once again, it did not set a cap on how many charter schools could be created. It did, however, require a renewal process for the charter schools every five years. It gave the county board power to authorize, but if an application was rejected it could be appealed to the state board. It also would have allowed the state board the power to review renewals and to shut down charter schools. That bill passed the Senate 18-15 on June 3.

Instead of taking up the Student Success Act June 17, the House unveiled a 144-page omnibus bill of its own. House Bill 206 capped the Senate’s charter school provision at 10 schools and gave sole authorization to county boards to approve charters. But would the House amendment satisfy Senate Republicans who wanted more? Would it satisfy Justice, who has openly expressed support for a small pilot project?

THE ART OF COMPROMISE

On Tuesday — the day before the House vote on HB 206 — Republican members of the House and Senate met with Justice and hammered out a compromise all three entities could accept.

The amendment, crafted by Espinosa, gives the governor the limits he wanted, but also gives the Senate the unlimited number of charters it wanted.

“The amendment was offered after discussions with the Senate leadership as well as the governor and his staff,” Espinosa said. “That seemed to be an approach that the House, the Senate, as well as the governor, could support. I think all along we certainly understood, and our members were supportive, of a measured approach to school choice to make sure that any roll out of public charter schools is done in a very thoughtful way.”

After a lengthy floor debate Wednesday that started at 2 p.m. and ended just after 11 p.m., HB 206 passed the House 51-47, with support of six of the 12 Republican delegates who voted to kill SB 451 in February.

The bill now goes to the Senate, which is expected to pass HB 206, though it remains to be seen if Senate Democrats will agree to suspend the constitutional rules requiring a bill be read on three separate days, otherwise a three-day resumption of the special session by the Senate could cost taxpayers approximately $10,000 per day. Senate President Mitch Carmichael, R-Jackson, said the compromise on charters is acceptable.

“It has taken a great deal of hard work and compromise by delegates and senators from both parties to reach this point,” Carmichael said. “I am proud of the delegates who voted to give our most precious resource, our children, a new tomorrow for their educational futures. I am eager for the Senate to pass this bill when we reconvene, and I am hopeful that Gov. Justice will show his support by signing it quickly.”

Justice also expressed support for HB 206, telling reporters during West Virginia Day celebrations in Charleston Thursday that he would sign the bill assuming it doesn’t change again before it gets to his desk. He announced his support on Twitter shortly after the Wednesday night vote.

“I’ve said from day one that education needs to be our centerpiece here in West Virginia because it’s truly the key to driving our economy and unlocking our potential,” Justice said. “Today all of us should be proud with the progress we’re making toward helping our children and our education community. I’m thrilled that the House took a major step toward building new opportunities for our children.”

Teachers, school services personnel and their unions remain adamantly opposed to any bill that allows even a single charter school to be formed.

On Tuesday, a group of teachers surrounded Carmichael outside the west entrance of the Capitol and engaged in sometimes heated conversation with the Senate’s conservative leader.

“Public schools have to accept everybody,” Daina Berry, a middle school teacher from Kanawha County, told Carmichael. “We do our best every day to help every student. With charter schools, they can say ‘I don’t want that kid in my school.’ Then public schools have fewer of those better students to help our lesser students.”

“You put forth a supposition that they’re not going to take other kids, they’re only going to take the cream of the crop,” Carmichael said. “How would you feel if you knew the bill said they must have open enrollment?”

“What if we stopped talking about charter schools and talked about one thing we could do that would help the majority or all of West Virginia’s kids,” said Julie Samples, an elementary school teacher from Putnam County.

“I think a better education helps all our children,” Carmichael said.

Dale Lee, president of the West Virginia Education, said he continues to hear from his members a loud and clear message: no charter schools.

“The losers in all of this are the students of West Virginia,” Lee said. “Our people have made it clear. I don’t care if it’s one charter school, we’re against it. We believe that every child in West Virginia deserves a great quality education, not a select few. We say absolutely no charters in West Virginia. We’re concerned about improving our public schools.