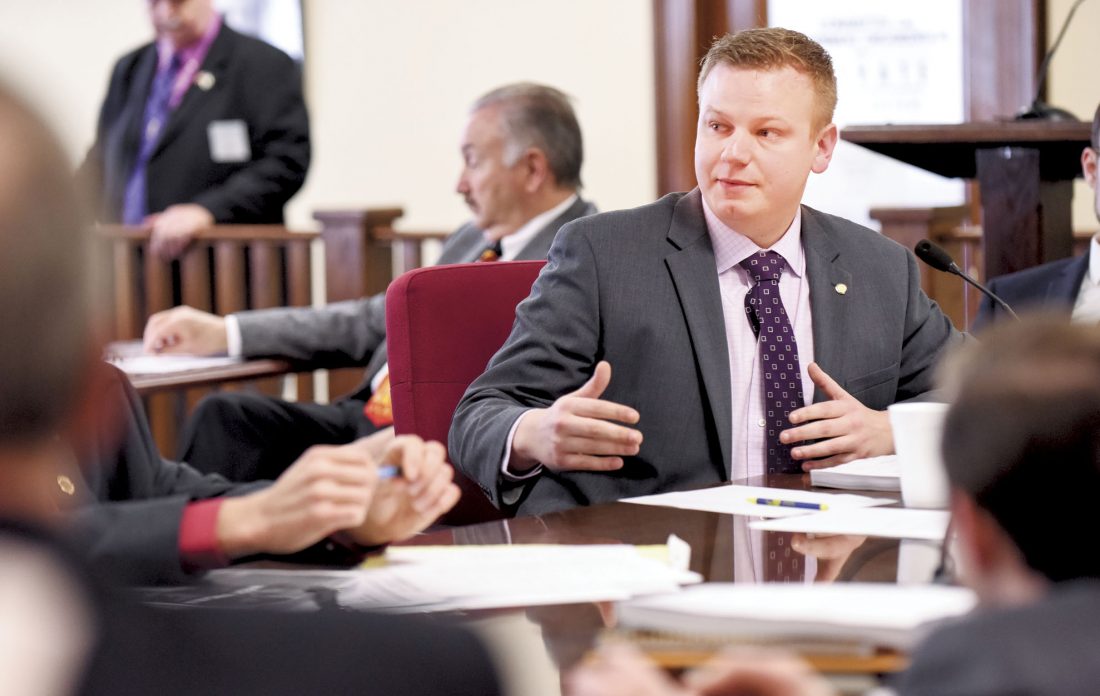 CHARLESTON — Heeding the call from West Virginia Gov. Jim Justice during his State of the State address, several lawmakers are moving forward with legislation to kickstart repairs on West Virginia’s crumbling back roads.

Sen. Randy Smith, R-Tucker, introduced Senate Bill 522 on Tuesday. Much like the prophets of the Old Testament, Smith has risen on multiple occasions to address his fellow senators to warn about the dangers of crumbling pavement, potholes the size of cars and clogged ditches creating mini rivers and washing away roads.

“It’s an emergency situation,” Smith said. “It’s a huge problem, not just for my district but every district.”

Smith has an aggressive plan to spur secondary road repair on a statewide scale with SB 522. It creates a Special Road Repair Fund.

First, it would take 2 percent of the 5 percent severance tax revenue from coal and natural gas. Second, it would take $200 million from the state’s Rainy Day Fund. 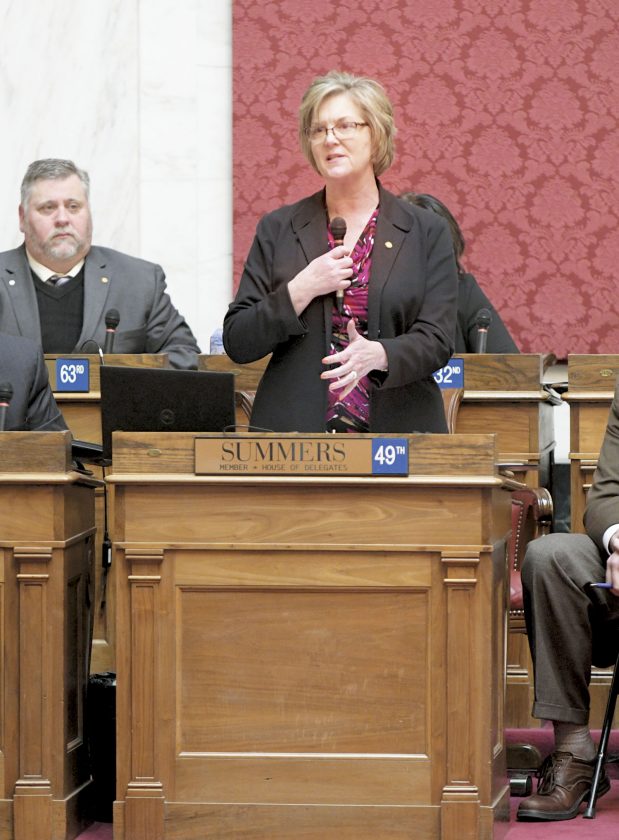 “I know a lot of people are going to be against the $200 million from the Rainy Day Fund, but if we have surpluses going to be going in there, let’s take it out immediately and replace it as we go and solve the problem,” Smith said.

The bill creates a Road Maintenance Program, which would require the Division of Highways to bid ditching, snow removal and mowing.

SB 522 also would create a think tank at the Division of Highways. The think tank, comprised of the commissioner of highways and highways employees, would develop ways to better maintain and repair state roads. 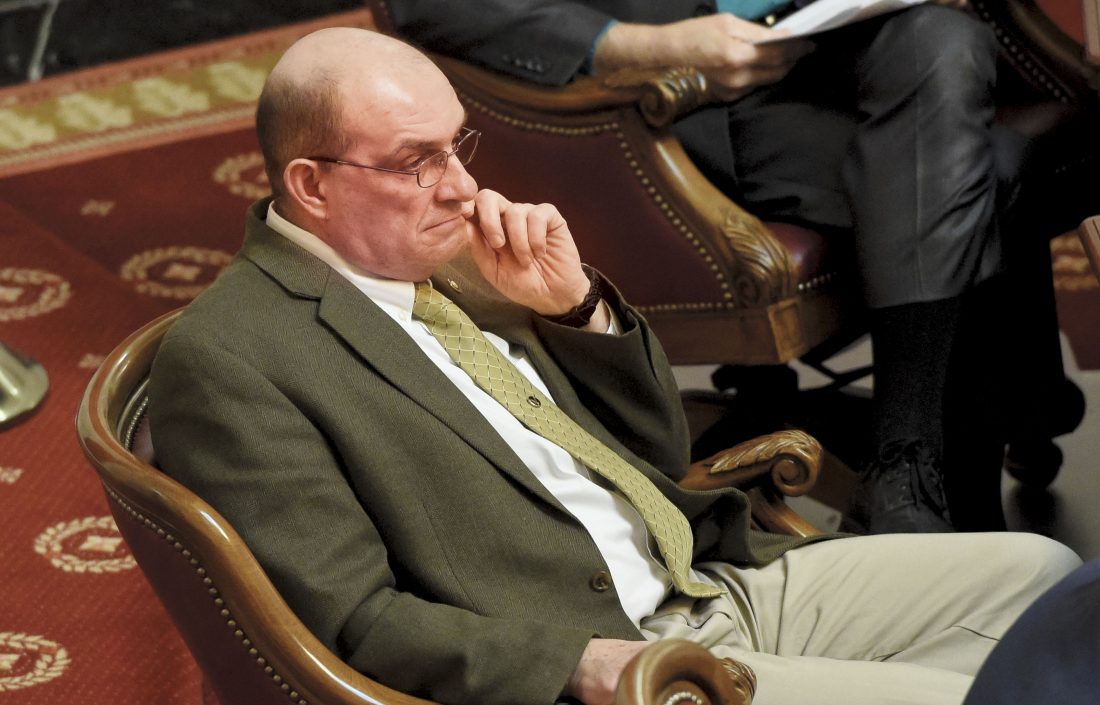 House Majority Leader Amy Summers, R-Taylor, has a couple of bills also aimed at freeing resources at the Division of Highways to fix secondary roads and keep an eye on the tax dollars spent by the highways department.

The first bill, House Bill 2011, is similar to a section of Smith’s bill requiring the Division of Highway offices contract with private firms to handle specific kinds of maintenance activities. Summers’ bill, however, adds caveats.

“We do not, however, want the state to be gouged, so we will set that the bid cannot exceed what the Division of Highways would pay to have that work done,” Summers said.

Another bill from Summers, HB 2012, creates the Country Roads Accountability and Transparency act. It requires the Division of Highways and the State Auditor’s Office to create a website containing all roads projects in the state and how they are funded. The Department of Transportation has a site — DriveForwardWV.com –dedicated to Roads to Prosperity projects, but Summers would like to see a detailed listing for all ongoing road maintenance.

“I think the Division of Highways needs to do some looking at how they’re running things and try to figure out what they need to do better,” Summers said. “I’m feeling there could be some management issues that could be addressed through better organization.”

Delegate John Williams, D-Monongalia, plans to introduce a bill by the Tuesday deadline to submit House bills. His legislation would require the Division of Highways to follow the funding formula that highways follows when planning maintenance.

Last month, a report from the Legislative Auditor revealed that two out of 13 counties in highways districts 4 and 5 spent the 70 percent they’re supposed to on road maintenance between 2009 and 2017. Most counties in the district never reached that goal.

Williams said the 70 percent formula isn’t required, but his bill would make it mandatory. It would also base the formula on vehicular traffic and miles of state road in a county.

“We’ve experienced a lot of growth and with that we’re getting the same across-the-board 1 percent budget increase that’s not keeping up with what we’re seeing,” Williams said. “We don’t want to take more than our fair share, but right now we’re not getting anything close to our fair share. We just want what’s right for our area.”

No matter which bill makes it through, Smith said he will continue to advocate for more road funding until his fellow lawmakers take notice.

“It’s a huge problem and it’s going to take some aggressive measures to correct them,” Smith said. “We’re going to have to bring them to the forefront and do something about them instead of saying ‘Yeah, we need to do something.'”