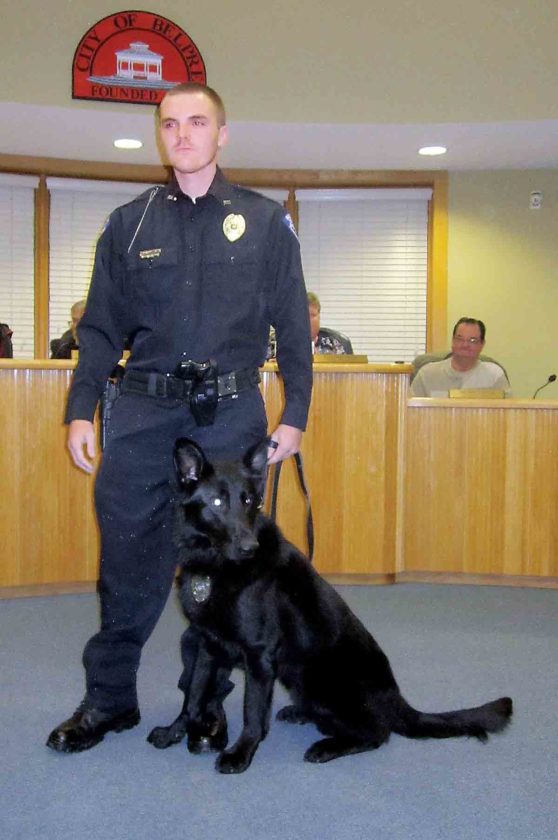 Patrolman Jesse Whittington and his K9 partner, Broski, appeared before Belpre City Council on Monday to officially begin duties with the Belpre Police Department. Trained in drug detection, Broski was purchased for the police department through donations from the community in an effort started by the Belpre Area Ministries. (Photo by Wayne Towner)

Police Chief Terry Williams introduced council and area residents — including several members of the Belpre Area Ministries which began and spearheaded efforts to purchase a drug dog for the department — to Broski and his handler, Ptl. Jesse Whittington.

The ministries began efforts last February to collect pledges and funds to purchase a drug dog for the police department. The program received approval in August and Broski was purchased from and trained by Pine Grove Kennels of Tuppers Plains.

Whittington spent the past six weeks training with Broski and was officially certified last Wednesday.

Williams said the canine team worked its first shift last Friday and was called for three separate drug checks, which resulted in drugs being found, he said.

Williams also had a large stack of certificates to give out recognizing the individuals, groups and businesses which donated more than $12,000 for Broski’s purchase and training. A fund has been set up with the Belpre Area Community Foundation where donations can continue to be made to help with the ongoing expenses of the drug dog program during the period Broski is in service with Whittington.

In other business, council approved the second reading authorizing the city’s safety-service director to advertise for bids for a new standby generator at the wastewater plant. The final reading is scheduled to take place during the December council meeting.

Council also approved the first reading of an ordinance making changes to the city’s municipal tax code to bring it in line with changes made at the state level. Councilmember Susan Abdella, the finance committee chair, said the ordinance is a simple housekeeping measure to make sure city and state code are in agreement.

WILLIAMSTOWN — A Parkersburg man who refused to drop a knife until police drew their weapons was cited on ...

WHEELING — Signs of community spread of the coronavirus in West Virginia are “troubling,” a U.S senator from ...

PARKERSBURG — Some bus services in outlying communities are temporarily suspending bus routes to all with the ...

PARKERSBURG — WVU Medicine on Monday imposed a no-visitors policy with limited exceptions as a precaution over ... 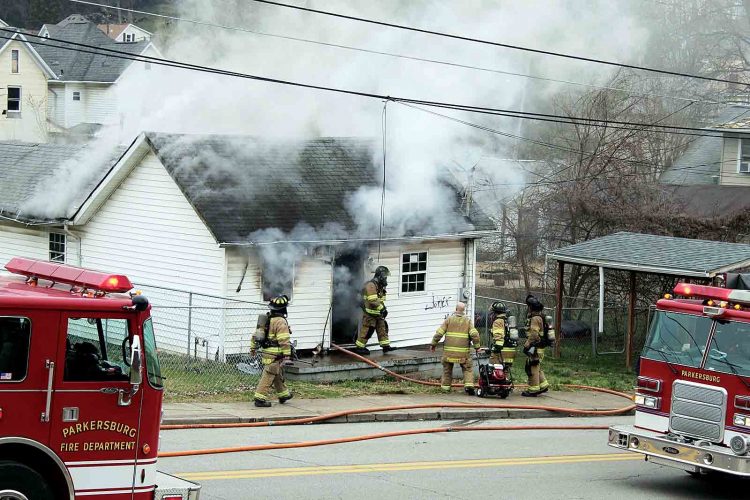