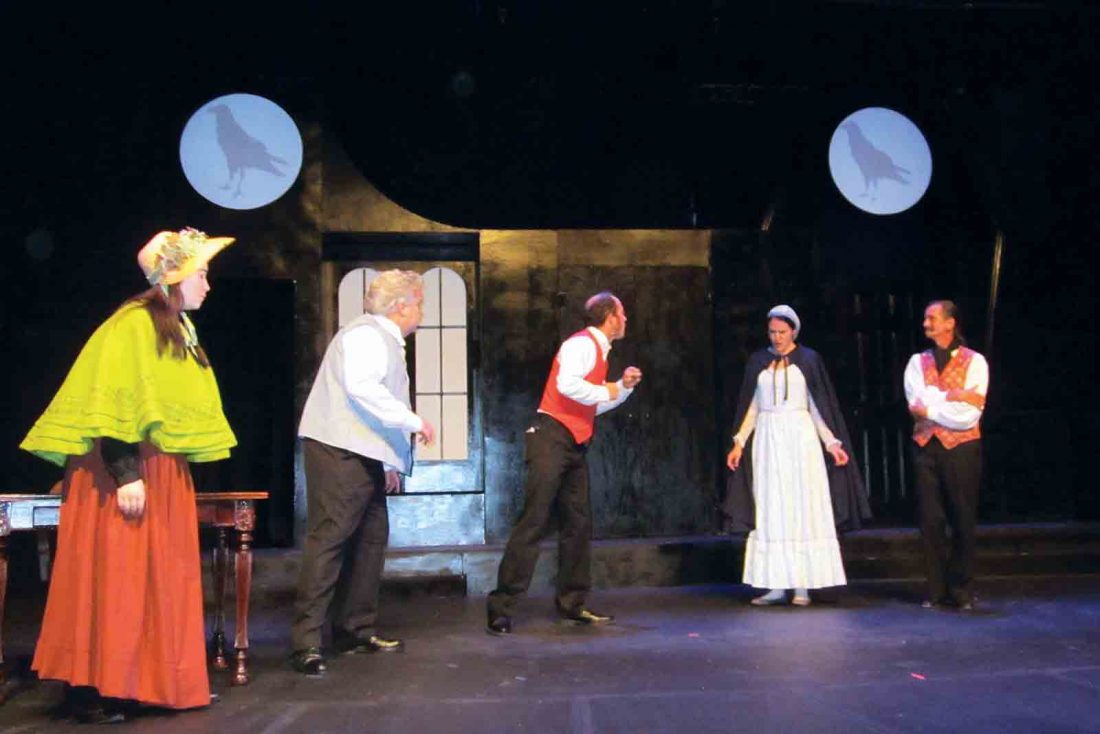 The Actors Guild of Parkersburg is presenting “Murder By Poe” for the next three weekends at the Guild Playhouse at Eighth and Market streets in downtown Parkersburg. (Photo by Wayne Towner)

PARKERSBURG — The Actors Guild of Parkersburg will open its 2019-2020 season with a production of “Murder by Poe.”

A dark and dreadful night. A woman in white lost within a wood. And the only shelter is a house full of murderers

Mixing funhouse tricks, Grand Guignol and a deadly game of cat and mouse, “Murder by Poe” is a theatrical reimagining of some of Poe’s most famous tales of terror and poems adapted by Jeffey Hatcher.

It draws from various Poe works — “The Black Cat,” “The Tell-Tale Heart,” “The Murders in the Rue Morgue,” “William Wilson,” “The Purloined Letter,” “The Mystery of Marie Roget” and “The Fall of the House of Usher.” As each haunted figure tells a story of crime and mayhem, the woman must solve the puzzle of the house and the riddle of the man who ushers her into its mysteries.

As a tie-in to the upcoming Halloween season, the Guild will be holding a Murder By Poe Costume Contest during the show’s run Friday to Sept. 28. Entrants can wear a costume to the show, dressing like Poe, his characters or anything spooky. Take a picture with the playbill and upload it to FaceBook or Instagram, tag the Guild and hashtag it #AGPmurderbypoe.

The winner will receive two tickets to the Guild’s next show.