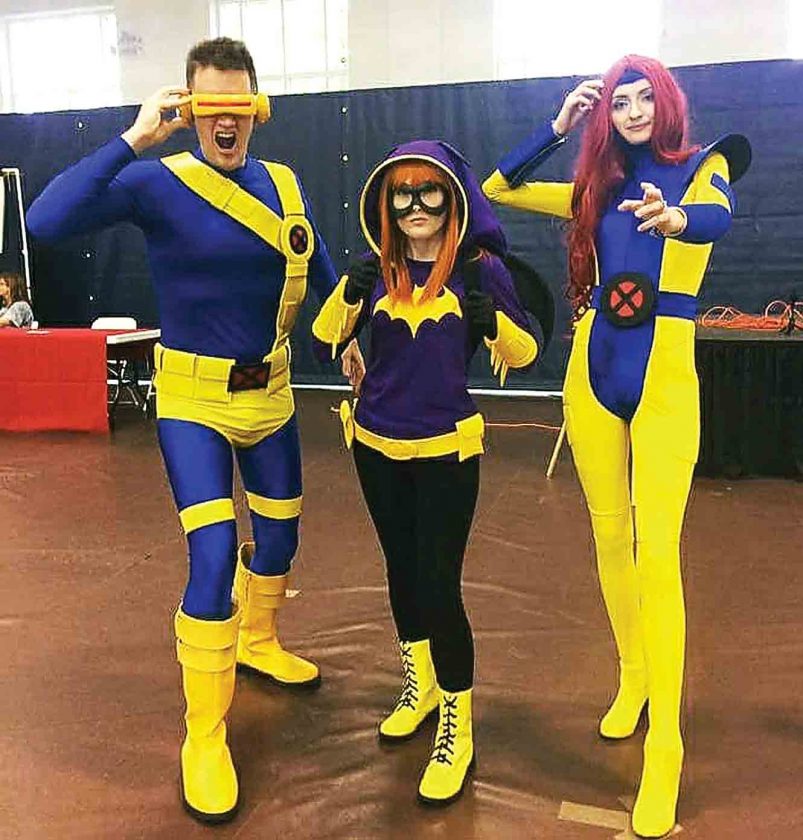 Photo courtesy of Arkham Comics A cosplay contest will be held during the event and prizes sponsored by area shops will be awarded.

MARIETTA — After taking a hiatus in 2018, the River City Comic Arts Festival is back this Sunday at the Lafayette Hotel in Marietta.

Jordan Lowe, owner of Marietta’s Asylum Comics, started the convention in 2011 and is focusing the event in a new direction this year.

“This year it’s all creators, so everyone there will have made something of their own,” he said. “They are artists who have created their own comic books. There are crafters, people who make jewelry, a woodworker and cosplayers who create their own costumes.”

He said this year’s festival is celebrating the “creators of pop culture,” which is different from years past.

“Years past was more of a standard comic con where we had vendors selling merchandise and some (comic book) back issues and toys and things,” Lowe said. “We’ve shifted this year to a different sort of event.”

Lowe said there will be crafts for children to do for free, as well as some photo opportunities.

“We’re trying to keep it low cost and family friendly,” he said.

Lowe said he has been reading comics since he was old enough to read.

“It always felt like an underappreciated art form too many people were missing out on,” he said. “Marietta didn’t have the kind of comic shop I always wanted, so I opened Asylum,”

Over the years, people told him that they wished the area had a comic convention, so he “took that leap as well.”

“Since then, the popularity of comic culture has exploded and it definitely doesn’t feel underappreciated any more,” he added.

One of the biggest draws to any comic convention is cosplay. Cosplay is when fans of a particular character in pop culture wear costumes that represent that character.

“The cosplay is a draw for a lot of people,” Lowe explained. “It’s why a lot of people come. To show off their costumes or to see other people who do costumes in person. It’s amazing the people who put in the details of all this stuff.”

A costume contest will be held during the event and prizes sponsored by area shops will be awarded.

While cosplayers can be fans of any aspect of pop culture, including movies, video games or Japanese animation called anime, “it usually skews superhero,” Lowe said.

“There are different shows, like the anime-style shows, where it skews hard that way, but ours is usually the superhero-type,” he said.

He said with cosplay, you never know what to expect.

“There will be something you would never think someone would even think to cosplay, but you’ll recognize it instantly and be impressed,” he added.

Lowe said a festival guest this year will be Jennifer Zaayer, who uses the cosplay name Danger Angel.

“Our cosplay guest, she does fabrication. She makes her own props,” he said. “She did a panel for us before explaining who to make props and things. She’s going to bring some of her mannequins with different options and show people up-close detail.”

Zaayer, who lives near Zanesville, said she has been cosplaying for four or five years.

“I usually do superheroes and so this weekend, I’ll have a table set up with things I’ve made,” she said. She’s going to discuss how to start cosplaying and how to find resources.

Zaayer is an attorney and will be accepting donations for the Court Appointed Special Advocate Association in Guernsey and Noble counties.

“I’ll be doing a costume from the Shazam movie, which is for all kids who are in foster care,” she explained.

On Instagram and Facebook, Zaayer cosplays under the name Danger Angel, which is named after her son, Gabriel Danger.

“Danger is his middle name,” she said, laughing. Her 6-year-old son is slowly becoming interested in cosplay.

“He’s great at telling me how things should look,” she said.

Along with characters from Shazam, Zaayer has cosplayed as Black Widow, Wonder Woman and the Wasp, among others.

She said cosplay is all about having fun.

“When you see these little girls and they say ‘you’re my favorite’ it is just the best,” Zaayer said.

There will also be booths for authors, comic book writers and artists.

“We’re celebrating people behind the scenes. We go out to the movies and we see it on the screen, but we don’t talk about the hours and hours they put in,” Lowe said. “We like to celebrate the people who put in the hard work. Marietta has always supported artistic types and creative types. It’s nice when you sit in a room at a drawing table for hours and hours, just to have someone come out and appreciate what you’re doing. I always get a good feeling from that.”