File Photo Neva Rees, who died Feb. 3 at 97, is shown posing in front of a Rosie the Riveter poster. 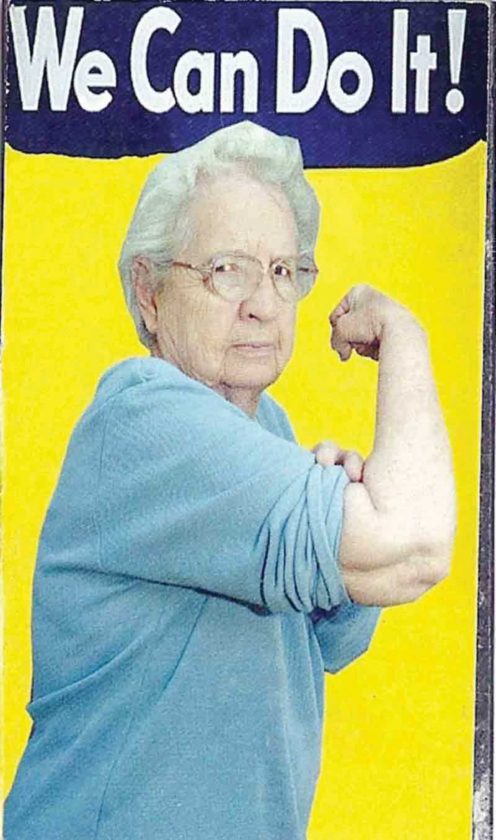 File Photo Neva Rees, who died Feb. 3 at 97, is shown posing in front of a Rosie the Riveter poster.

MARIETTA – Neva Rees was the type of pioneer about whom people often remark, “There won’t be another one like her,” but Rees might have hoped there will be many more.

The Marietta resident and West Virginia native died Sunday at the age of 97. She is remembered by friends, family and many others as a fiercely independent character who spent much of her life proving that women can do anything.

Best known in the region as a member of the iconic “Rosie the Riveter” group, Rees in her early 20s worked at a production plant in Akron that built Goodyear blimps used as reconnaissance airships during World War II. She helped assemble the flight crew cabins for the big vessels.

“During that time, she began to understand that the women of her generation went up against a lot of stereotypes, especially about what they could and could not do,” her son, Ron Rees, of Marietta, remembers. “It even came down to whether women would be allowed to wear trousers. She’s told younger women, ‘We made a lot of things possible for you.’ One of her favorite T-shirts had the message, ‘Never underestimate the power of an old feminist.'”

Neva Rees developed her independence at any early age, growing up as “somewhere around the middle child” in a farming family of 12 children in West Virginia, Ron said. 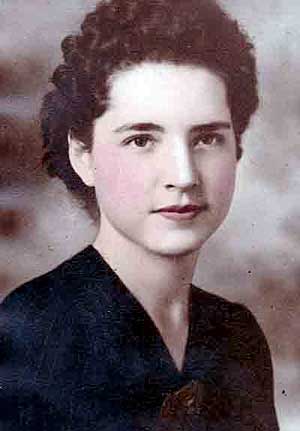 “She became kind of the deputy mom, practically raised her two youngest brothers. It was a dairy farm, and she told me she couldn’t remember a time when she didn’t milk every day. She worked her whole life,” he said.

Ron said his mother could hunt, camp, repair things and run a household with ruthless efficiency.

“When she and my dad were dating, they would sometimes go hunting. There weren’t so many deer around them, so it was rabbits and squirrels. She had her own shotgun,” he said. “I remember seeing her lay concrete block for our house in the winter. She was always pushing back at stereotypes. And to her, the biggest sin was being lazy.”

After the war, Neva married Harry James Rees. The couple had two sons, Ron and Gary. Her husband died in 1975 and she moved to California to be with Gary, Ron said. While living there she became an advocate for gay rights, even participating in demonstrations, Ron said. When she returned, she became a member of the Unitarian Universalist Church in Marietta because it was the only one that reflected her beliefs, he said.

Her niece Colleen Downing, 70 and a resident of Washington Court House, considered Neva a second mother.

“I became her surrogate daughter,” she said. “After my mom died, she became a big part of my life.”

She admired and learned from Neva’s attitude toward getting things done and her fearlessness.

“If she wanted to do something, she just did,” Downing said. “People now think they need special tools or equipment, that sort of thing. I remember Aunt Neva telling me how she made yogurt using a laundry basket and a heating pad. She refinished furniture. She got involved in a dance group in California and went folk dancing in Hungary. When she was 70 she drove cross-country from California, she didn’t think anything of it.”

Downing thinks working in the Goodyear plant had a lasting influence on Neva’s thinking and approach to life.

“Working in that defense plant was a challenge, that was one of the things that made her a survivor,” she said. “It gave her great confidence, to see other women in the plant doing men’s jobs, convinced her that women can do anything they set their minds to.”

Neva’s influence extended well beyond her family. She spoke to school groups and Girl Scout troops about her life experiences.

“She was so helpful to people, and very independent. She never wanted to ask anyone to do anything for her, and she was an inspiration to a lot of people for just that reason,” Downing said.

Rev. Katherine Hawbaker of the Unitarian Universalist Church said Neva joined the congregation shortly before she did, and they became close friends almost immediately.

“She was like an adopted grandparent, she always went out of her way to connect with people. She made blankets for graduating seniors, she sewed new collars on a couple of my shirts. That was old-school skill, she knew how to do all kinds of things.

“She was the best example of our congregation at its best, always welcoming to new people, she’d sit down and have coffee, talk to people about how important this church family is,” she said.

Her independence and generosity was an inspiration, Hawbaker said.

Cindy Burton, a teacher at Phillips Elementary School, met Neva through the church.

“Her wisdom and experience, her personality brought me such joy,” Burton, 51, said. “I considered her my 97-year-old best friend.”

Burton said she can still picture Neva sitting across the table with a cup of coffee, talking with her.

“She was so very wise, we had that connection, and the things we shared will always be a part of me, that knowing you had somebody who wanted to listen and share,” she said.

Ron Rees said he recently heard a story about Neva that he found particularly striking.

“She had a group of about 25 girls over at her house, and one of them asked where she went to church,” he said. “She told them, and added, ‘Most churches told me I needed fixing. Well, it was those churches that needed the fixing. And none of you need fixing, either.”

A memorial service for Neva Rees will be held sometime in the spring. Donations in her memory can be made to The First Unitarian Universalist Society of Marietta, 232 Third St., Marietta.

A Glance at Neva Rees

* Highlights: Too numerous to catalogue but include time as a Rosie the Riveter production worker at a Goodyear blimp factory in Akron, advocate for the LGBTQ community, active member of the Unitarian Universalist Church, 4-H advisor, maker of great cookies, mentor and example to many.