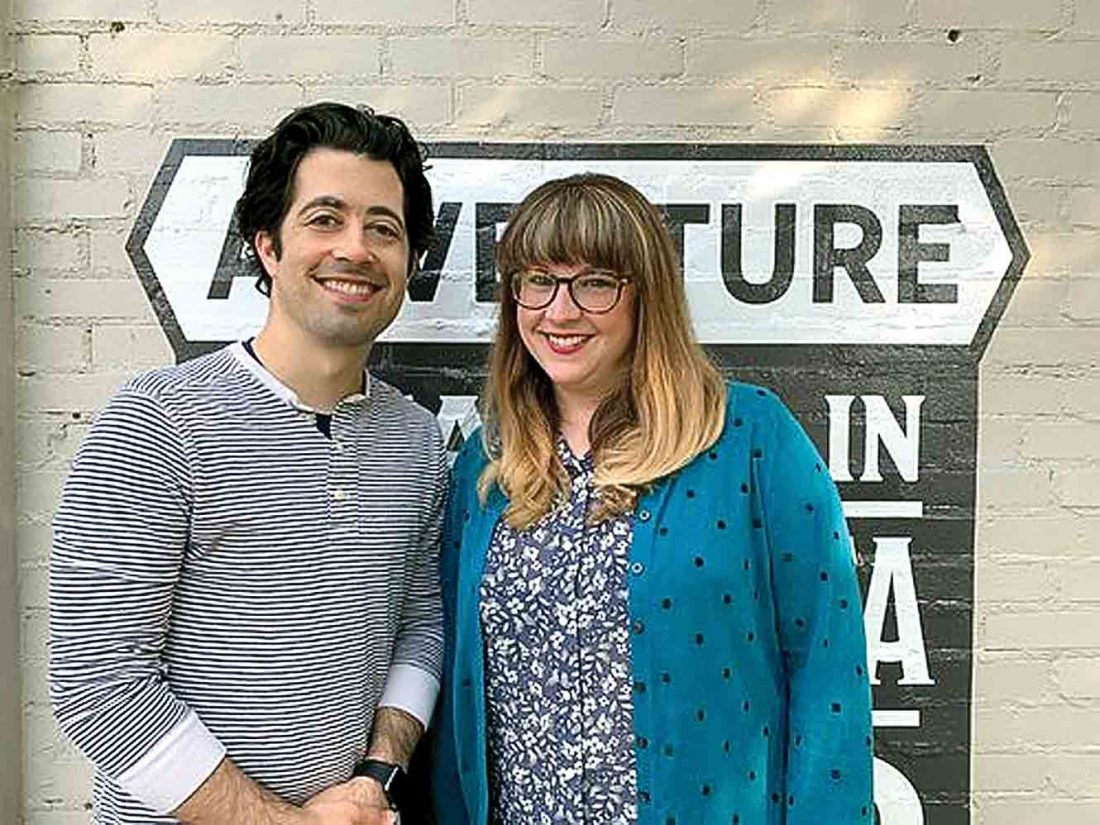 Sam Tuten, who was director for less than a year, has resigned and will be replaced on an interim basis by former executive director Cristie Thomas, who agreed to return while Marietta Main Street searches for a permanent replacement, board President Tim Glover said.

“Sam’s resignation really just came out of the blue,” Glover said. “He said he would feel better in another position. There was nothing asked for by us, nothing was forced.”

The executive director is the agency’s only employee. Glover has been president only a month and succeeded Sarah Arnold.

Thomas left in 2018 after about three years, moving to Buckeye Hills Regional Council as communications and marketing director.

“We’re happy Cristie was able to come back,” Glover said. “She’s on kind of an interim basis for a minimum of 12 months, and that gives us a nice time frame for finding a replacement. This is an important position inside the city.”

Tuten, 30, said his resignation came during a reassessment of career goals.

“I’m exploring things, and I thought I’d step away and give it some real thought,” he said. “And because I was having inklings of doing something else, I wanted to make sure Marietta Main Street was moving along. I didn’t feel like it would do them any service if I wasn’t giving the job 100 percent.”

Tuten and his wife intend to remain in Marietta where they own a house and have family.

“My experience with Marietta Main Street has been fantastic,” he said. “All the organizations I came in contact with – the chamber, the convention and visitors bureau, the city, both colleges, the hospital, the banks – I can’t say enough good things about them, they’ve been awesome.”

Marietta Main Street is headed into a challenging year.

“We’re looking at Enrich Marietta, which is a gigantic undertaking,” Glover said. “It’s going to occupy a lot of time over the next year, and we’re lucky to have Cristie step in.”

Enrich Marietta is a long-term plan for developing downtown based on recently completed surveys that asked residents what they would like to see in the future of the city’s waterfront core area. More than 1,000 people took the survey, and a summary report was recently completed by OHM Advisors, an Ohio consulting group.

Glover said the anticipated workload for the Enrich Marietta project is one of the reasons the organization decided to cancel the Front Street Farmers Market this year.

“We think the farmers market was a good program, but it has to be sustainable,” Glover said. “It was our intention to run it for a while and then have somebody else take it over, we just weren’t at that point yet.”

The seasonal market, centered on The Armory grounds on Front Street, operated from 10 a.m. to 2 p.m. on Tuesdays starting in mid-May and finishing at the end of August. Last year was its third season.

Kate Fagan, whose family runs Fagan Farms on Ohio 7, was a regular vendor at the Front Street market but said she probably would have passed on it this year, mainly because of her unique circumstances. In addition to helping run the farm, she is home schooling seven children.

“I have several customers that liked the flexibility of having it on Tuesday, those that couldn’t come to the River City Farmers Market on the weekend, so that gives them two days instead of one to choose from,” she said.

Fagan said getting such markets established is tricky.

“You have to have enough vendors, but if there aren’t enough customers, the farmers don’t want to sit around twiddling their thumbs. You have to build up a clientele, and it’s a hard niche to get into,” she said.

Moving produce to a market and setting up a booth is a significant amount of work, she said. Fagan’s participates in markets in Marietta, Cambridge, Caldwell, Athens and other locations, she said, and she added that she hopes Marietta Main Street will try the market again.

“I hope they do it again. I would consider it, just for the convenience of my customers,” she said.

Glover said Marietta Main Street plans, in addition to First Fridays, which for the summer will include an art walk, include Great Marietta marketplace and the Christmas marketplace.

“These are both going to be big downtown events,” he said.

Meanwhile, the organization will continue working on Enrich Marietta along with partners in the project.

“It gathered a lot of data, and it’s really nice to be able to see what the city wants, to tailor it to businesses,” he said.