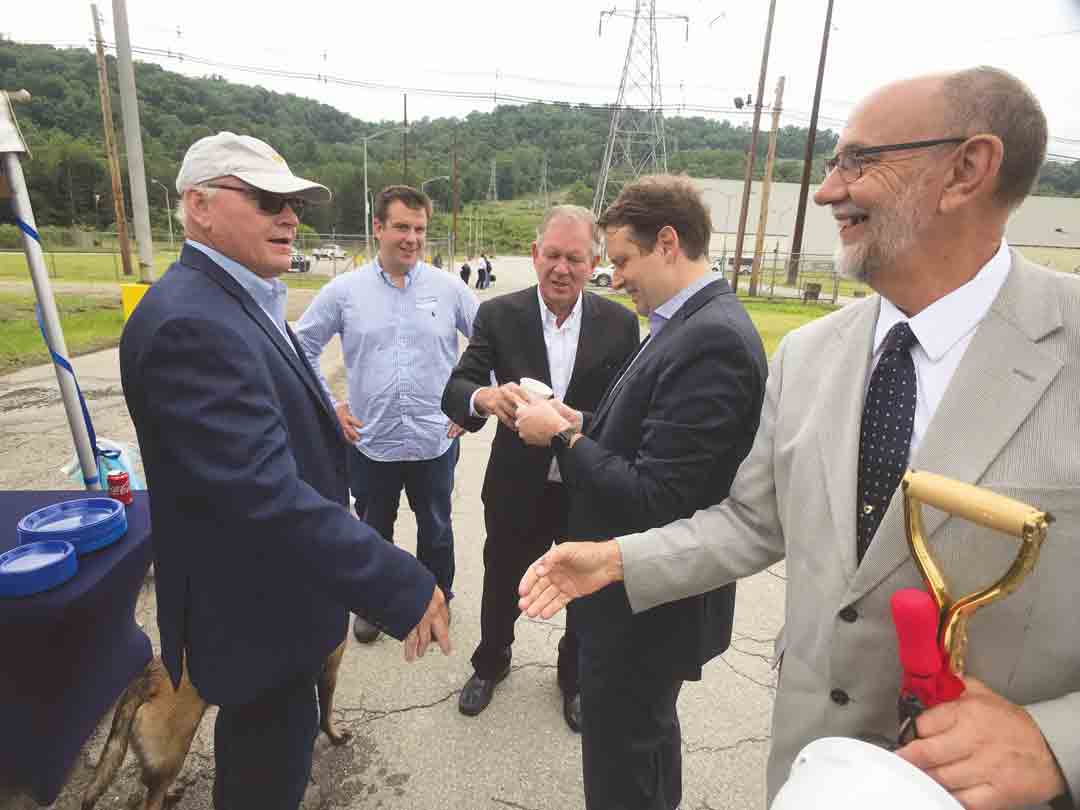 HANNIBAL, Ohio–Before it closed in 2013, the Ormet Aluminum Corp. in Monroe County used the same amount of power in a day that the city of Pittsburgh did.

“And that was 540 megawatts of power we were using,” explained Robert Cox, general manager of the Long Ridge Energy Terminal, on the former Ormet site.

On Thursday, the terminal at 43840 State Route 7, north of Hannibal, hosted those representing local, state and national partners at the site to break ground for a new 485-megawatt natural gas power plant–enough to almost power the former aluminum plant and estimated to be complete in two and a half years.

Cox has been on the site managing operations for 30 years and saw the Ormet smelting plant at its peak production capacity until its closing in 2013.

“That closure really impacted the local economy, it took a hit,” noted Ed Looman, project manager of the Appalachian Partnership for Economic Growth. 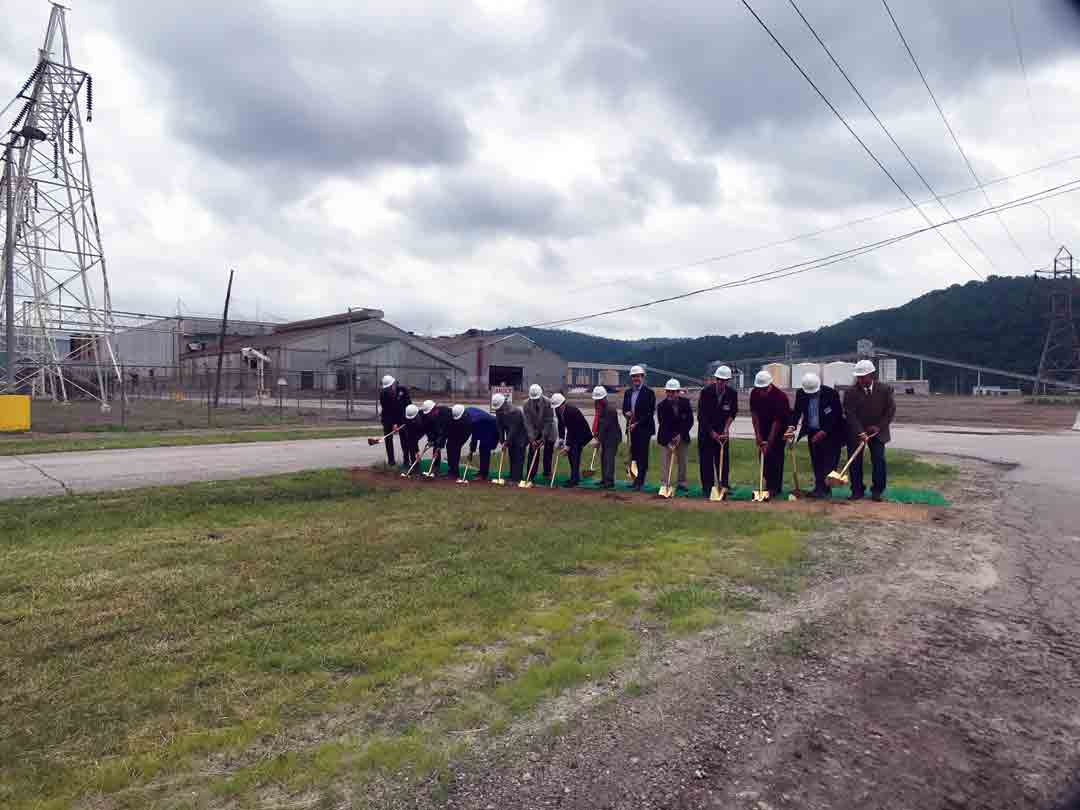 The facility closed due to high utility costs after the Public Utilities Commission of Ohio did not grant rate relief the company said it needed for electricity.

About 40 people remained on-site to handle general maintenance after the closure of the plant in 2013 which cost the valley a loss of an estimated 900 jobs that year.

“At peak, it used to employ around 2,000 people,” recalled Cox. “They came from all over. I’m in Marietta, and many of the workers were from down there, too.”

The closure was predicted to make Monroe County a welfare county and many lost hope, moved away and Southeast Ohio was primed for the next waves of methamphetamine and opioid addiction to sweep through the rural area.

That made Thursday a celebration of more than just breaking ground for new operations at the former plant site, said some of those in attendance.

“I think it brings hope. This community went through tough times when Ormet closed and when you have any kind of industrial development you need people to see the construction, see the work being performed to start believing again,” said Jason Hamman, Monroe County economic development director.

Both Hamman and John Carey from Ohio Means Jobs asked the public to not only celebrate the local skilled workforce to be utilized by Kiewit (the construction partner) to build the new power plant, but have an eye for the potential of the site and prepare with education.

“You know, we honor Ormet and the big part of the history they play here, but also look to the future with the 250 to 400 construction jobs this will host and then the high-skilled, high-paying jobs that will remain here after the plant is built,” said Carey.

The plant is estimated to ultimately employ approximately 20 full-time positions to run the site upon completion.

“But the power plant is just the first step, the first redevelopment of 25 acres of the 1,600 here,” said Robert Wholey, president of the terminal. “Having cheap electric ready with this plant, plus already holding one of the largest ports on the Ohio River, having access to reserves of natural gas and owning the rail–that’s what investors look for in planning their next plant sites.”

Hamman said petrochemical plants that make plastics, like Solvay between Marietta and Belpre, would be a perfect fit for the site in coming years and both Carey and Looman encouraged programs at local technical schools and community colleges to ramp up programs surrounding process technology.

“We’re working with colleges like Washington State to have that manpower ready with the high-skill jobs this will bring after construction,” added Looman. “Factory and plant jobs aren’t the singular or manual skill set jobs they once were, now there’s more technical and computerization for the maintenance of and running of these facilities.”

The site was purchased by Niagara Worldwide in 2014, which named the 1,660 acres Center Port Transload Facility. Fortress Transportation and Infrastructure then bought the site for $30 million in June 2017, renaming it Long Ridge Energy Terminal.