Aldi to open in Parkersburg in 2019 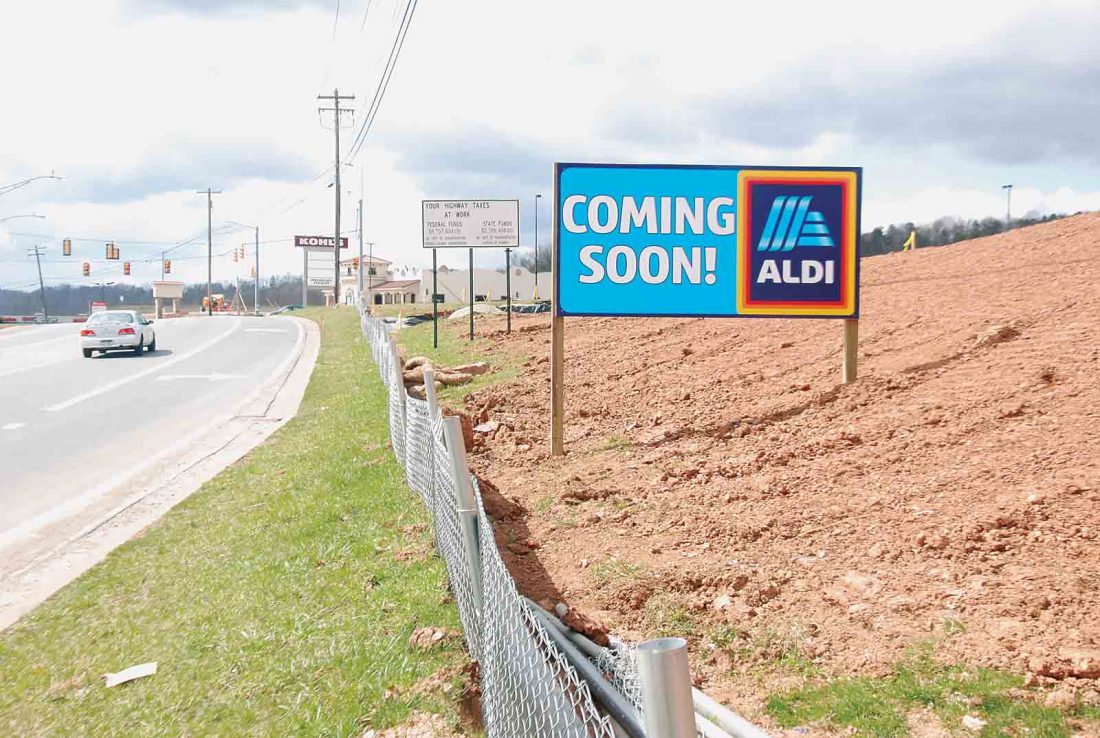 Photo by Evan Bevins Aldi is building a new store in Parkersburg on Bosley Parkway off Pike Street. It is expected to open before the end of 2019.

PARKERSBURG — A new Aldi location will open later this year near Kohl’s in south Parkersburg.

It will be the grocery retailer’s third location in the Mid-Ohio Valley, joining stores in Vienna and Marietta. The new addition is part of Aldi’s $3.4 billion investment to expand to 2,500 stores nationwide by the end of 2022, according to a release from Aldi Springfield Division Vice President Sarah Brown.

“We are excited to bring the Parkersburg community a smarter, faster and easier grocery shopping option,” she said. “We focus on selling exactly what people want: fresh food, produce, dairy and bake goods.”

Unlike nearby Walmart and Lowe’s, the store is not located inside the city’s corporate boundary. However, Parkersburg Mayor Tom Joyce said additional development in that area is exciting.

“It shows that Parkersburg and Wood County (are) a great place to do business,” he said.

The site on Bosley Parkway off Pike Street is being developed by Paramount Development Corp., which has offices in Beckley, as well as Virginia, North Carolina and South Carolina. A neighboring 1.7-acre parcel is also being prepared for construction, and Paramount Chief Operating Officer Eric Cornett said there’s interest in that location as well.

“We’re in active discussions with other national retailers to go on the site,” he said.

According to the release, Aldi will offer “high-quality food and products at affordable prices.” More than 90 percent of the products in the store are private-label — like Simply Nature, liveGfree and Never Any — for which Aldi received more than 400 product awards or recognitions in 2018.

The chain is also known for its Aldi Finds, premium products featured in stores for a limited time.

“It’s a way we surprise our shoppers with trendy new products and also an opportunity to test out new items that could become part of our everyday selection at the Parkersburg store,” Brown said.