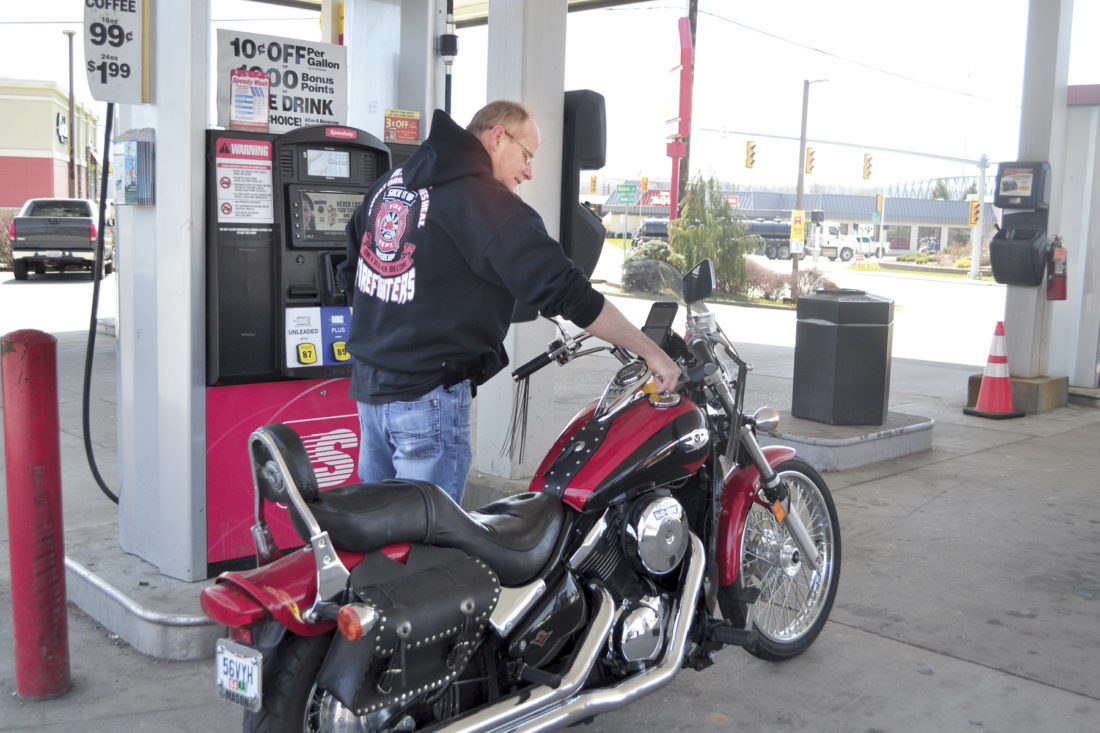 Photo by Erin O’Neill Mike Craig, of Devola, stops by the Speedway on Seventh Street in Marietta where gas prices Thursday were $2.75 a gallon.

MARIETTA – Travelers might have noticed their wallets felt a little lighter after visiting the gas pump recently and experts say prices are at the highest levels since 2015.

“Many will be quick to ask why this trend is happening. Ultimately, OPEC (Organization of the Petroleum Exporting Countries) bears much of the responsibility for cutting oil production in 2017, leaving U.S. oil inventories at far lower levels than a year ago,” said Patrick DeHaan, head of petroleum analysis at GasBuddy. “However, higher oil prices have also enticed U.S. producers to ramp up crude oil exports, effectively draining U.S. oil inventories at a higher pace than that oil is being replaced.”

He added that recent rhetoric from the Trump Administration “inflaming the situation in Syria and pushing a trade war with China is like pouring gasoline on a fire — they certainly put more upward pressure on prices.”

“This is way too high. I just filled up and it usually costs me a couple dollars to fill up the bike,” Devola resident Mike Craig said of his Kawasaki Vulcan motorcycle, which typically holds 3.5 gallons. “I usually ride this more than I drive a car because it’s cheaper.”

Craig said he volunteers for the Devola Volunteer Fire Department and they definitely notice when the gas prices fluctuate.

“For sure we’ve been paying attention,” he said.

Other businesses that have to keep a watchful eye on gas prices include mowing services.

Jason Sillaman, owner of Sillaman Lawn Care, said his season is just ramping up with the warmer weather.

“I do research. I will drive around to get the best price, but there are three stations I usually go to because I know they’re pretty consistent,” he said.

Sillaman said he hasn’t raised his prices to make up the difference.

“I usually just take it on the chin,” he said.

DeHaan explained that the forecast shows prices in much of Ohio will likely peak in the next four to six weeks as much as 15 to 25 cents higher per gallon than they are today.

“I expect some relief in June, but most of the summer we’ll be facing prices in the mid to upper $2 per gallon range,” he said.

Gas Prices Around Marietta as of Sunday Afternoon